In an email to employees, Dorsey granted the option for staff to work from home indefinitely. 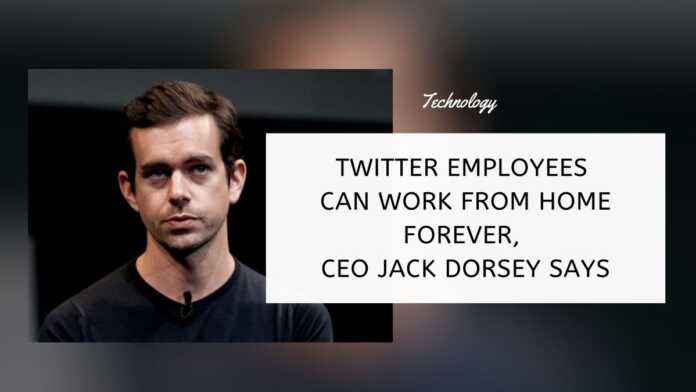 Twitter CEO Jack Dorsey has granted an option to his staff to work from home ‘forever’ even after the Covid-19 pandemic subsides for as long as they want.

Twitter CEO Jack Dorsey told his employees that many of them will be allowed to work from home in perpetuity, even after the coronavirus pandemic ends, according to a company spokesperson.

In an email, first obtained by BuzzFeed News, Dorsey said it was unlikely that Twitter would open its offices before September and that all in-person events would be canceled for the remainder of the year.

“We’ve been very thoughtful in how we’ve approached this from the time we were one of the first companies to move to a work-from-home model,” a Twitter spokesperson told BuzzFeed News.

Dorsey said it is unlikely Twitter would open its offices before September. Twitter was one of the first tech companies to make it mandatory for its nearly 5,000 employees to work from home.

Google and Facebook have also decided to allow most of their workforces to stay home and work through the end of this year.