Twitter Bug That Vexed Users Has Finally Been Fixed

Twitter has confirmed that the bug which prevented users from switching to chronological view has been fixed. 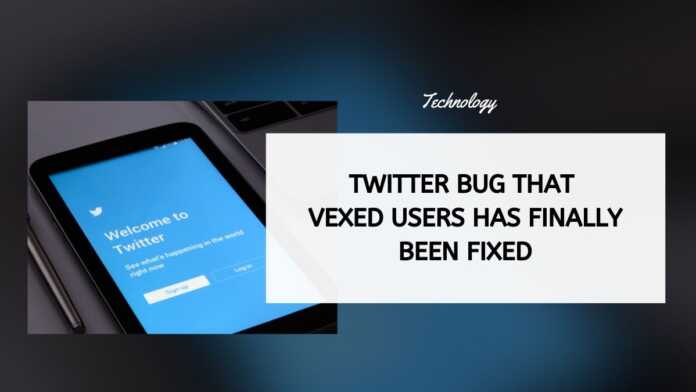 A Twitter bug has been spoiling the fun quotient of users for quite some time today. This left users feeling helpless and frustrated as they could not do anything against it.

The bug has been preventing users from switching to the chronological view in their home feeds when accessing the micro-blogging platform via a desktop browser. So, users will be glad to know that the problem has finally been solved.

For those of you who don’t use social media platforms that often, Twitter introduced the feature that enables users to switch between chronological view and algorithmic view back in September 2018. This feature is available on Android, iOS, and web browsers.

Shortly after that, Twitter via a tweet from its official Support page confirmed that the bug that prevented users from switching to chronological view has been fixed.

Tweets in chronological order on web has been fixed –– the option to switch your Home timeline view to latest Tweets first was removed for some of you on web. We’ve fixed this and the option should now be available again for everyone.

“Tweets in chronological order on the web has been fixed –– the option to switch your Home timeline view to latest Tweets first was removed for some of you on the web. We’ve fixed this and the option should now be available again for everyone,” Twitter wrote in the tweet.

Simply said, all users who use web browsers to access Twitter and switch from the algorithmic view to the chronological view can rest easy now as the company has indicated that it has no intention of removing the feature permanently.