Twitter has begun accepting applications from a small group of eligible users who want to monetize content on their accounts and their Spaces. 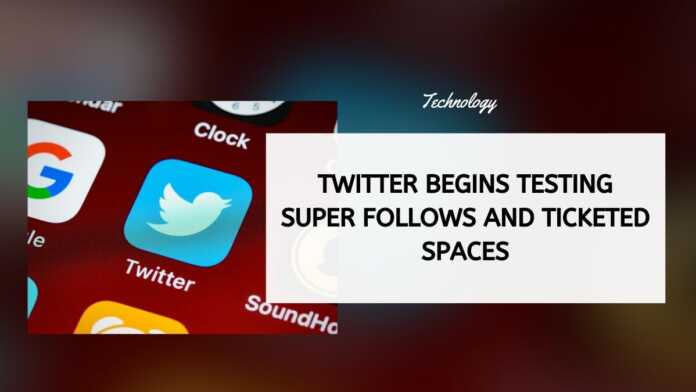 Twitter has officially announced it will begin limited testing of two new features, Super Follows and Ticketed Spaces. It has announced that it will open up testing for a small group of users who can apply to try out these features that the company announced a while ago.

Ticketed Spaces was first announced a month ago when the company first unveiled its plans to monetize its new Spaces feature — which was introduced to compete with social audio app Clubhouse.

Ticketed Spaces allow users to host paid gatherings, where audiences can purchase tickets, supporting content creators, and help them earn money. Uses will be able to charge between one dollar and $999 to gain access to a Ticketed Space, according to The Verge. The feature could also open up the ability to conduct music events and discussions, with an entry fee.

The company has now opened up applications to gain access to both Ticketed Spaces and Super Follows, while there is no word on whether the feature will also roll out to other countries.

Big news. Starting today, you can apply to be one of the first to try Ticketed Spaces and Super Follows with your audience. pic.twitter.com/nwtD7dmY7I

For the Super Follows and Ticketed Spaces feature, Twitter will initially only take 3 percent of the money that a user makes in order to cover processing fees. This means that content creators will keep a large part of the earnings.

“We want to ensure that emerging voices are able to earn money, which is why they’ll be eligible to earn a larger share starting out,” said Twitter’s senior product manager Esther Crawford in a thread explaining the company’s rationale behind the decision to take a lower cut at the beginning.