It not only suspended the DDoSecret account but also banned sharing the related links on its platform. 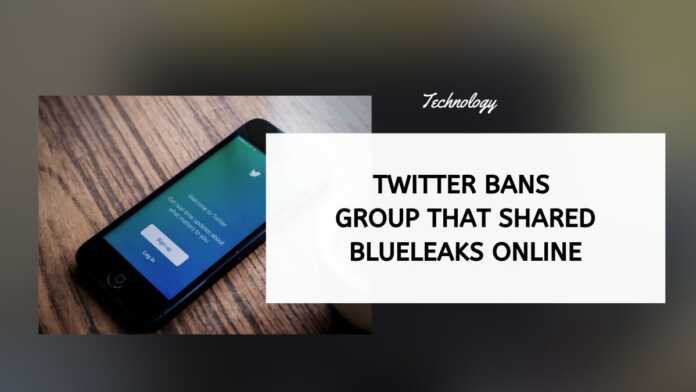 Twitter has permanently banned the group that leaked troves sensitive police data online from its platform. The micro-blogging platform has suspended the account of the group called Distributed Denial of Secrets (DDoS) for violating its policy on sharing leaked data after the group shared nearly 270GB of data containing sensitive information pertaining to the US Police Department earlier this week.

The news was confirmed by DDoS spearhead and investigative journalist Emma Best via a post on Twitter. “Even more than @DDoSecrets’ suspension, people should be alarmed by Twitter banning people from sharing any DDoSecrets URLs because of #BlueLeaks.

While some of the data we host was hacked, much of it was (and will continue to be) leaked. Twitter has silenced those whistleblowers,” she wrote in a tweet.

The leaked police data dump, dubbed as ‘BlueLeaks’ was leaked during a data breach at Texas-based web design and hosting company Netsential that provides services to various US law enforcement agencies. While DDoS put out all the information via a dedicated website, it also promoted the content on Twitter.

DDoSecrets in a post on Twitter said the BlueLeaks archive indexes “ten years of data from over 200 police departments, fusion centers, and other law enforcement training and support resources,” KrebsonSecurity reported.

DDoSecrets’ Best in an interview with Wired said that prior to the publication of the files, her team scrubbed the leaked files for “sensitive data about crime victims and children” and “unrelated private businesses, health care, and retired veterans’ association”.

The team pruned more than 50GB of data before publication. However, she conceded that they might have missed things due to the size of the dataset.

Now, Twitter has not only suspended the DDoSecret account, but it has also banned sharing the related links on its platform.

In a statement to ZDNet, Twitter said that the leaked data contained unredacted data that could have put people at risk adding that its company policy forbids sharing such information on its platform.