Top 15 Most Awaited Upcoming Movies To Watch In 2019 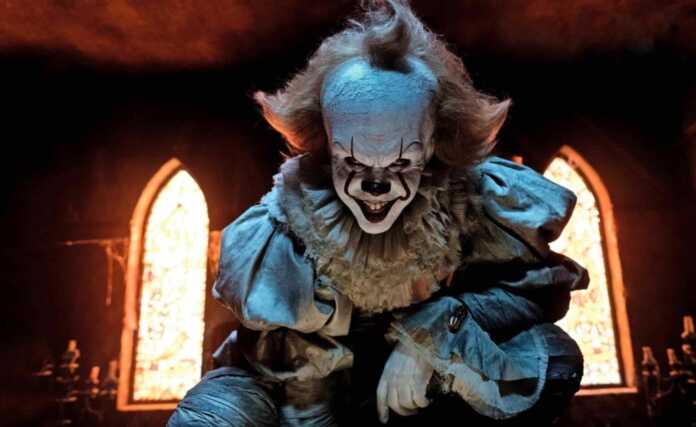 Its nearly end of 2018 and with looking at movies that are scheduled for 2019, one must say 2019 will be a great year of films. This includes certain movies who previously planned for release in 2018 but production delays pushed them to 2019 slot.

With Marvel moving ahead with its MCU movies, fans are really excited for its Avengers 4 which will conclude its 10years storyline. With Fox acquisition by Disney, fans sure will get some new treats from Marvel.
So here are 10 best movies that we think will definitely blow fan’s mind.

1994 Disney classic is all set to return on the big screen starring Donald Glover, Keegan-Michael Key, Billy Eichner and more on July 2019. Directed by Jon Favreau, this epic Disney movie will have CGI and live-action re-imagining of the 1994 Disney classic(according to IMDB).

It looks like Disney is ready to make 2019 brighter with another classic movie Aladdin. Like The Lion King, Aladdin also set to release on 2019 with live-action retelling the 1992 Disney Aladdin movie.

This movie is currently in its post-production state with Guy Ritchie direction and stars like Billy Magnussen, Will Smith, Naomi Scott, and Marwan Kenzari onboard. 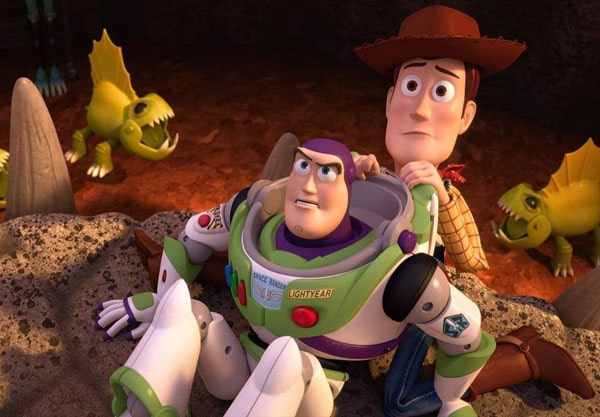 Pixar is already gearing up for its 4th sequel to its popular animation movie Toy Story. This movie currently in its Filming state with director Josh Cooley and stars like Tom Hanks, Patricia Arquette, Annie Potts and Kristen Schaal on board.

According to Pixar, this movie will be a “standalone” adventure/love story, which will center around the search for Woody’s romantic interest Bo Peep.
Toy Story 4 is due for release 21st June 2019.

4. How to train your dragon 3 – Animation, Action, Adventure | Filming 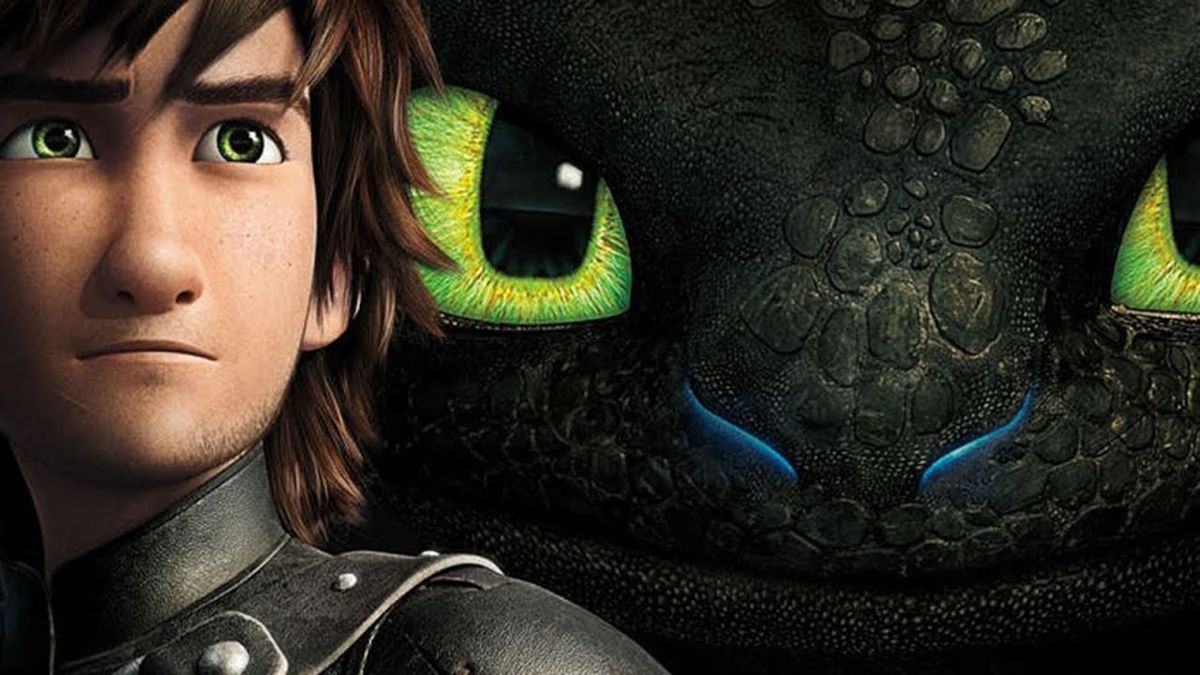 Now with its success on Large screens along with Netflix, this movie will start the story where its left in its previous sequel. Hiccup will continue its adventure with his dragon Toothless but with a White Fury twist. Starring Cate Blanchett, Kristen Wiig and Gerard Butler with Dean DeBlois direction, this movie will surely deliver according to fans expectation. 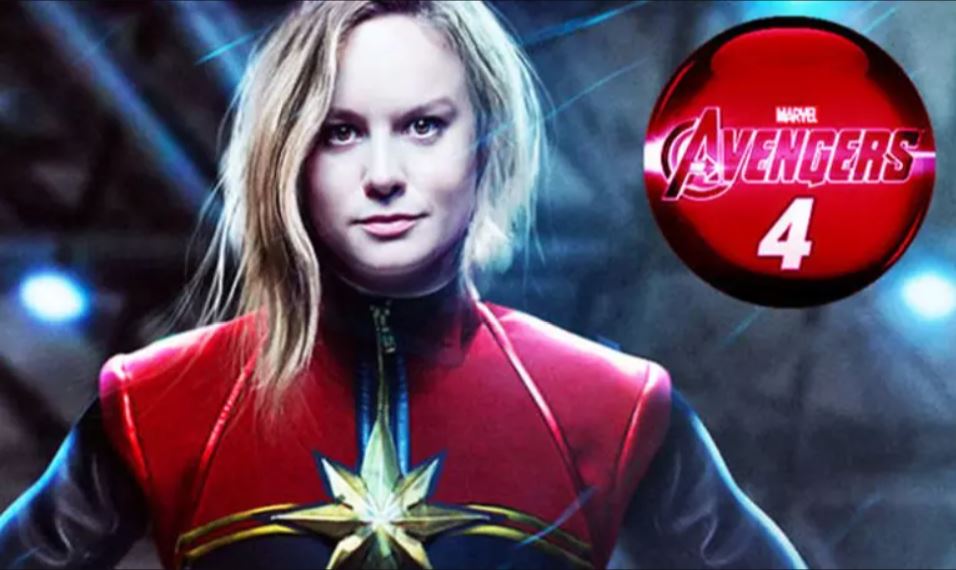 From past few years, Marvel is continuous hit, with Captain Marvel it seems like Marvel will deliver best as like before. As per Marvel Carol Danvers becomes one of the universe’s most powerful heroes when the earth is caught in the middle of a galactic war between two alien races.

With Untitled Avengers Sequel to be released on May 2019, all Marvel fan’s are eagerly waiting for this movie to see how Marvel will introduce its most powerful person. Starring Brie Larson, Samuel L. Jackson and Jude Law, this movie is due for release in March 2019.

If you are a drama/mystery movies fan then this M. Night Shyamalan directed movie is perfect for you.

The next chapter in Legendary Pictures’ and Warner Bros. Picture’s cinematic MonsterVerse, directed by Michael Dougherty, this movie already completed and ready to release on big screens.

According to IMDB, the crypto-zoological agency Monarch faces off against a battery of god-sized monsters, including the mighty Godzilla, who collides with Mothra, Rodan and his ultimate nemesis, the three-headed King Ghidorah.

Directed by Michael Dougherty and stars like Millie Bobby Brown, Vera Farmiga, Kyle Chandler, Sally Hawkins this movie is due for release in March 2019. 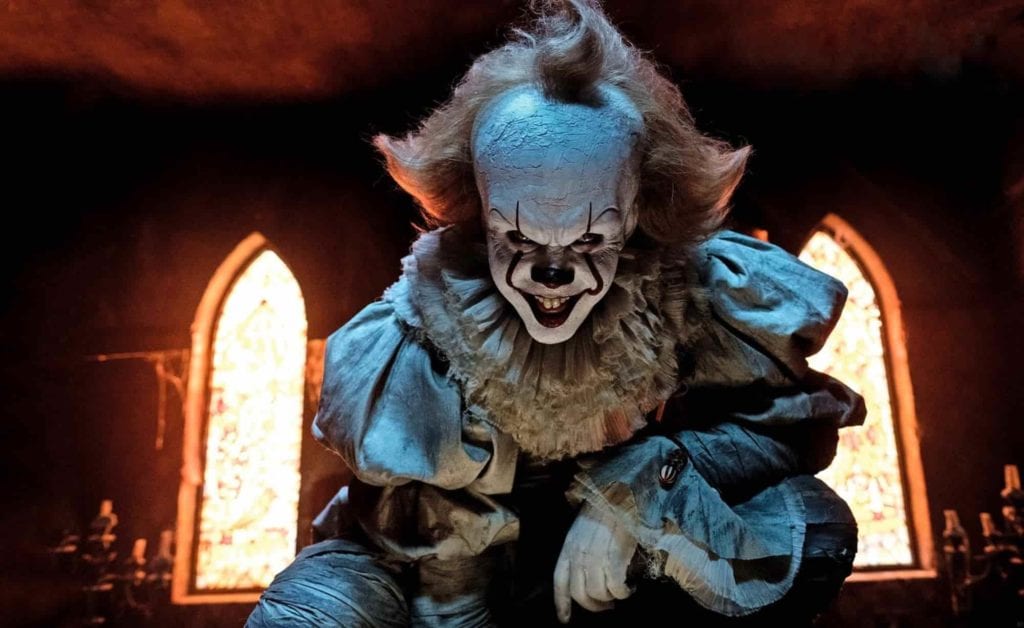 With 2107 It movie box office performance, It is ready to return with its sequel It: Chapter Two. IMDB says: 27 years later, the Losers Club have grown up and moved away until a devastating phone call brings them back.

Starring Bill Skarsgard, Jessica Chastain, James McAvoy, Bill Hader and directed by Andy Muschietti this movie is due for release in July 2019. 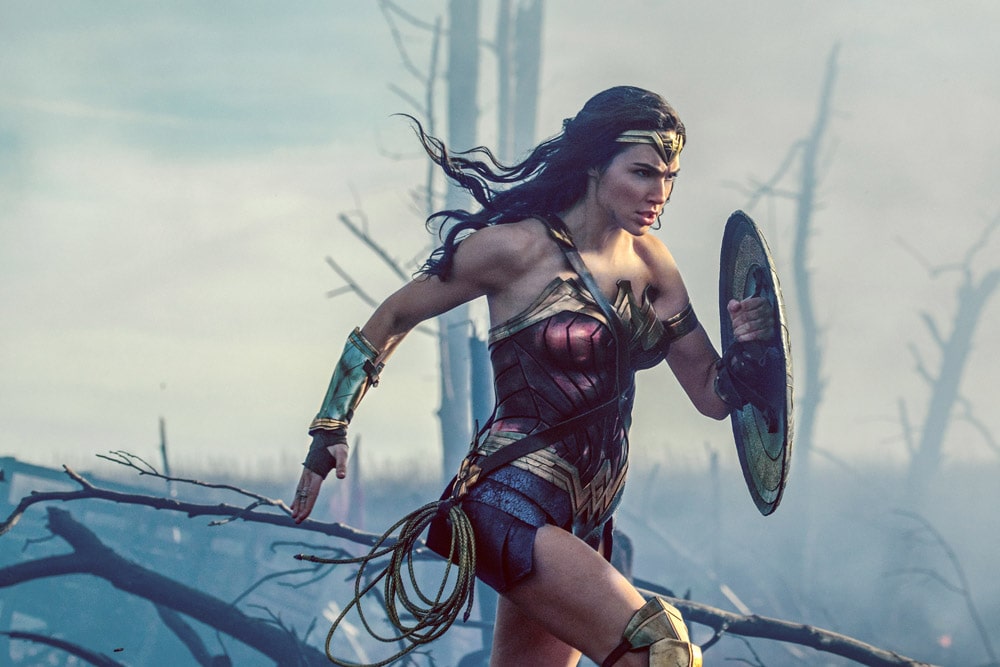 After the box office success of 2017 Wonder Woman, its sequel is due for release in November 2019. Currently, the movie is in filming state starring Gal Gadot, Chris Pine, Robin Wright, Connie Nielsen with director Patty Jenkins. 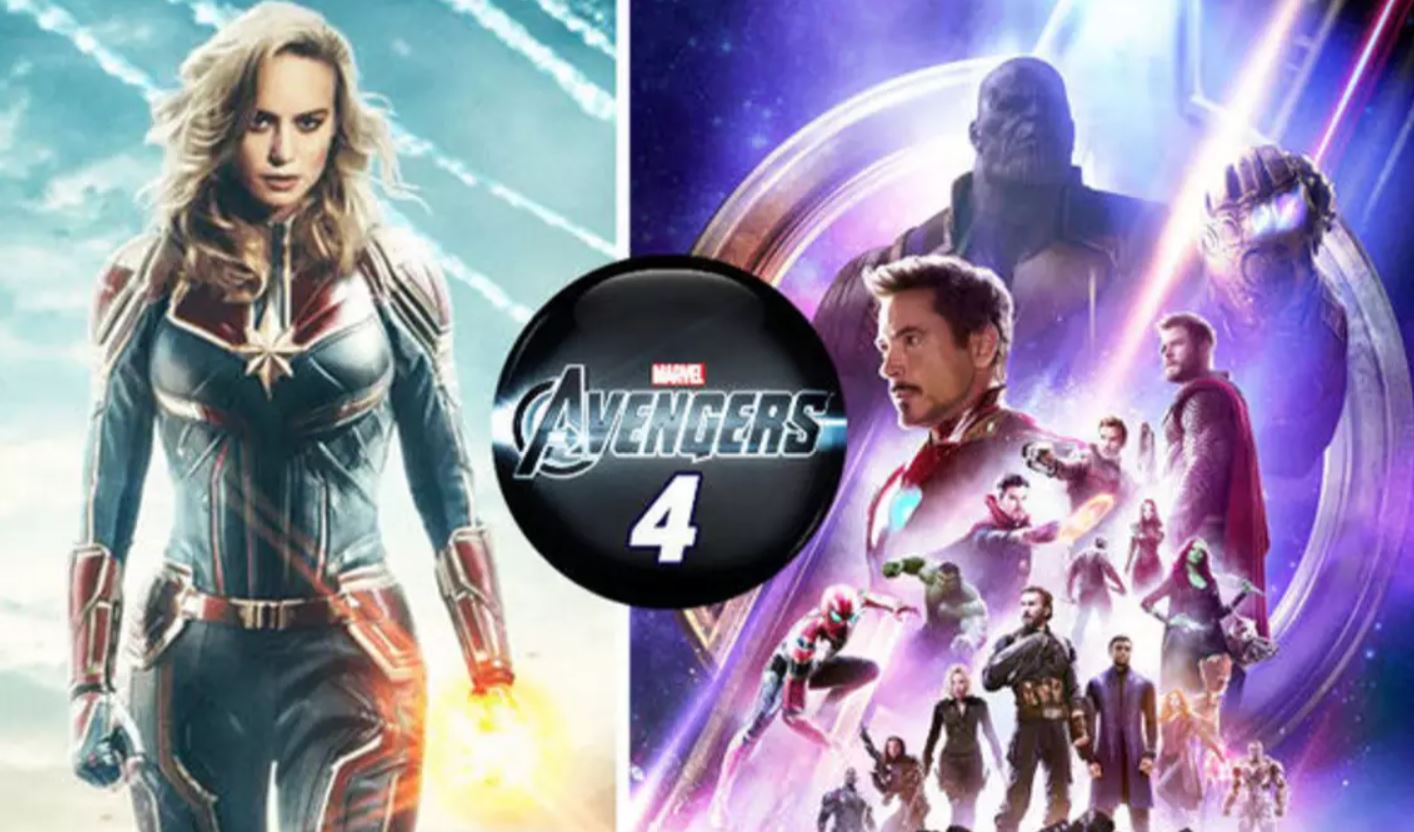 Marvel is the best player in the industry while it comes to secret keeping. While no plot revealed for the fourth installment of the Avengers series, everybody is aware of the fact that it will somehow reverse the snap done by Thanos in Avengers Infinity war.

The film is in post-production stage and due for release in May 2019. Like Avengers Infinity war its much like to release in a single date worldwide may be in April 2019. 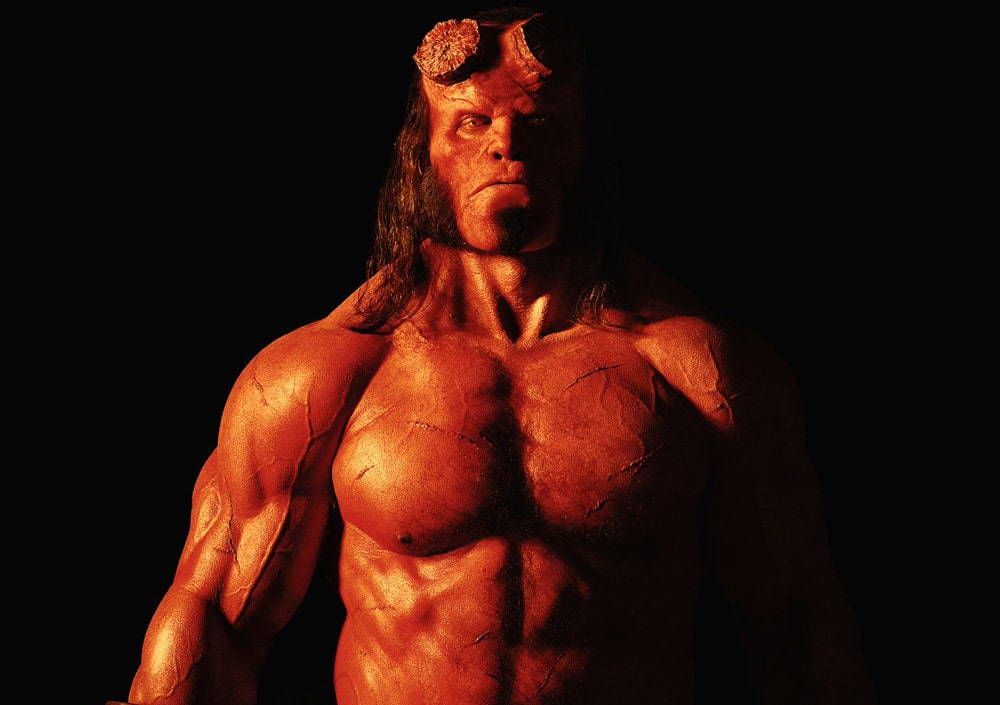 Based on the graphic novels by Mike Mignola, Hellboy is all set to come back in January 2019. If we believe on facts it will be a spinoff of the original movie starring David Harbour who played Hopper in Stranger Things, Milla Jovovich and Ian McShane.

According to IMDB Hellboy caught between the worlds of the supernatural and human, battles an ancient bent on revenge.

After Tom Holland revealed the title of his spiderman sequel, fans are creating certain theories regarding it. If theories to be believed Spider-Man: Far From Home will be based before the happening of Avengers Infinity War, it means it will be a prequel to Infinity War. In Infinity War we saw Peter traveling with his friends in a bus through New York, so its pretty close that fans theories may be correct. 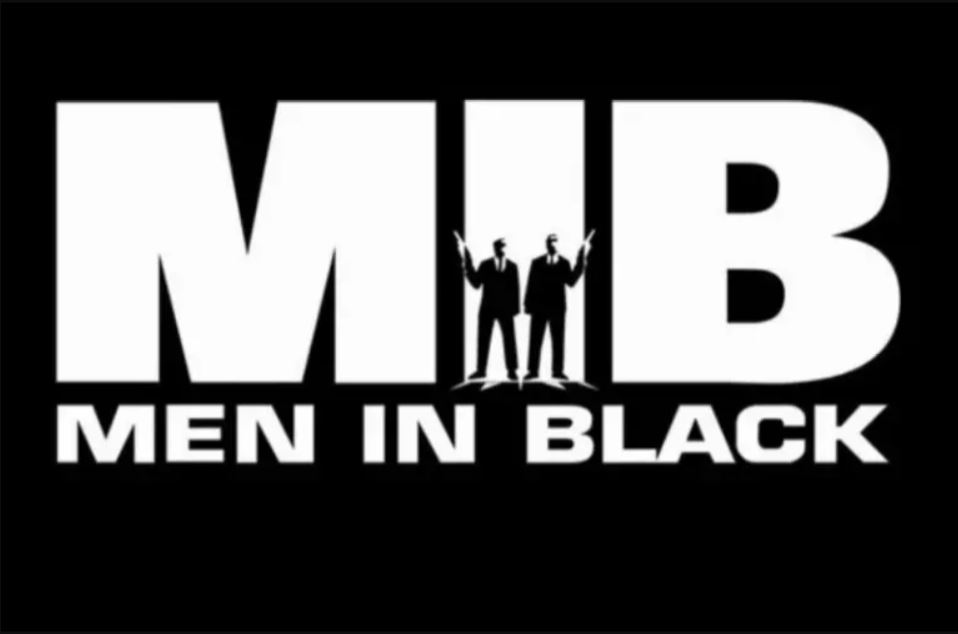 After three successful movies, Men in Black spinoff is all set to release in 2019 but without Will Smith. According to IMDB Chris Hemsworth (Thor in MCU) playing lead character along with Rebecca Ferguson, Tessa Thompson and Emma Thompson. The film is currently in filming state with director F. Gary Gray and if facts to be believed this time we will see female lead along with Chris.

Looking at current situation we can say there has been a lot going inside DCEU, may be a major shakeup. With Shazam and Aquaman trailer released we can say DCEU has completely changed its planning, may be in a better way. Looking at the trailer of Aquaman it looks like DC is finally back but yet to see its box office performance.

With a tagline “We all have a superhero inside us, its just takes a bit of magic to bring it out” Shazam looks strong in its trailer. Definitely, it’s a kids movie where a streetwise 14-year-old foster kid turns into an adult superhero Shazam. Starring Zachary Levi, Mark Strong, Djimon Hounsou, Michelle Borth Shazam is currently in its post-production state with director David F. Sandberg.

Dumbo, its name we are listening from a quite bit of time. Another live-action remake of the Disney movie, Dumbo, in which a young elephant with oversized ears enable him to fly and helps save a struggling circus.

But when the circus plans a new venture, Dumbo and his friends discover dark secrets beneath its shiny veneer(as per IMDB). Starring Eva Green, Michael Keaton, Colin Farrell, Danny DeVito Dumbo is due for release in March 2019 with director Tim Burton.