Tinder To Soon Let You Run Background Checks On Your Date

This piece of information comes soon after the company announced its investment in Garbo. 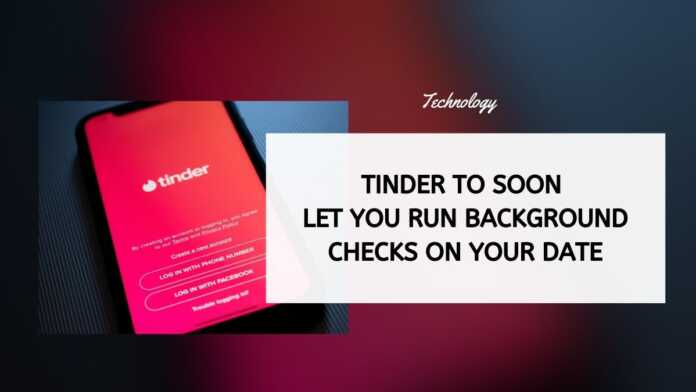 Match Group, who owns Tinder and other dating services, wants to make dating as secure and legit as possible. And to make this happen, the Match Group owned apps will soon let users run background checks on their dates.

This piece of information (via The Verge) comes soon after the company announced its investment in Garbo, a nonprofit that allows people to run background checks using only the first name and phone number or the full name.

Although Match did not disclose the investment amount, it is said to implement this tech in their most popular app, Tinder. This means that Tinder users will soon be able to run a background check on their dates and get to know details about them, including arrest records or history of violence.

According to Garbo, it collects public records and reports of violence or abuse, including arrests convictions, restraining orders, harassment, and other violent crimes. The website of the company also says that they accept manually submitted “police reports, orders of protection, restraining orders and other legal documents that report abuse, harassment, or other crimes.”

However Garbo, in its recent blog post has said that it won’t publicize drug possession charges in order to take an “active stance toward equity.” The company adds that drug-related offenses don’t meaningfully predict gender-based violence.

These background checks on Tinder won’t be free of cost. It’s not clear if this will be a standalone feature to purchase, or will come as a part of the brand’s subscription tiers. Also reported is that the testing for this feature will begin on Tinder in the coming months.

It is being speculated that once Garbo’s tech is integrated into Tinder, it may reach other services owned by a Match Group US, including OKCupid, Hinge, and Match.

Although Garbo’s tool is not up for testing, it will definitely change the way people date and will probably make them feel safer while going out and meeting new people. Match says that it won’t be sharing its user’s data with Garbo. However, they can run background checks using the date’s last name or phone number.