TikTok To Become A Separate Company Partly Owned By Oracle 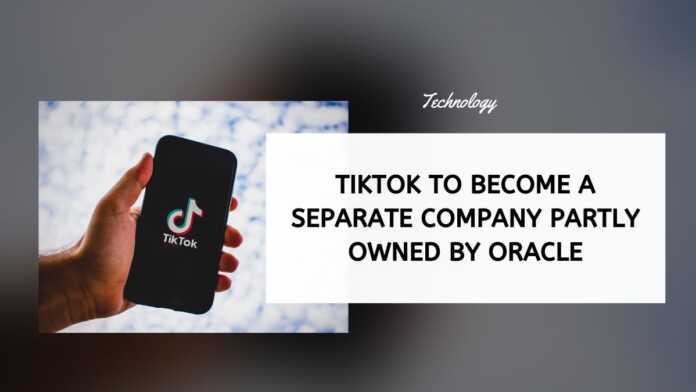 According to a report in the Financial Times, Oracle is planning to take an ownership stake in a newly formed TikTok corporation as a part of the already announced deal.

Reports suggest that the new arrangement will not break TikTok off regionally, but instead will create a separate corporate entity for the app in which Oracle will own a minority stake.

Oracle is also going to ensure that data from American users get stored and processed in the US, as per the recommendations made by the Committee on Foreign Investment in the United States (CFIUS).

TikTok already has its headquarters in China and there is nominal independence from ByteDance’s China operation. The main change that is going to be brought in by the deal is Oracle’s minority stake in the company. As far as how minor the stake is going to be is still unclear.

TikTok has also committed to increasing hiring within the US. Treasury Secretary Steve Mnuchin said in an interview with CNBC that the deal is a part of a broader effort to establish TikTok as a company that has its headquarters in the US.

It is also not clear if the new agreement will result in changes to how TikTok essentially operates or whether it will meaningfully address the security concerns that were raised by the Trump administration.