TikTok-rival Byte debuts at top of US App Store

The timing of Byte's release coincides with a moment of reckoning for TikTok and its Beijing-based parent company. 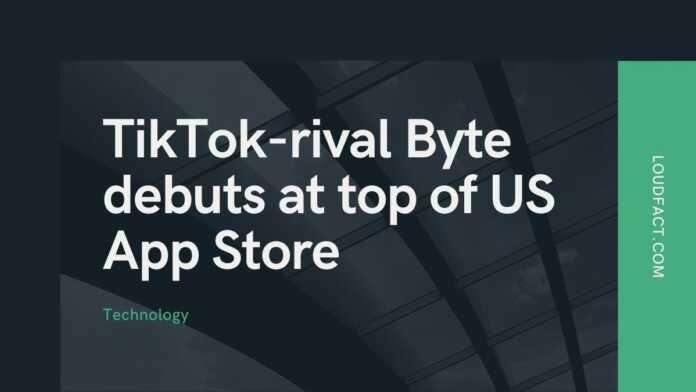 Created by Dom Hofmann, Byte reboots the deprecated Vine video-sharing service, which he co-founded in the summer of 2012 and sold to Twitter Inc. later that year.

The parent company failed to find a way to make the service profitable and eventually discontinued it in 2016. Despite its brief existence, Vine became a cultural touchpoint in the U.S., with many users embracing its six-second time limit as a creative challenge.

It was where controversial YouTube star Logan Paul, whose channel now has more than 20 million subscribers, got his start.

Byte “ended Friday as the No. 1 free iPhone app on the U.S. App Store and is still in the top spot,” said Randy Nelson of research firm Sensor Tower.

Besides the U.S., Byte is also the top free iOS app in Canada and ranks in the top 10 in Australia, New Zealand, Norway and the U.K. On Android’s Play Store, Byte is sixth among free apps in the U.S.

The timing of Byte’s release coincides with a moment of reckoning for TikTok and its Beijing-based parent company. ByteDance is looking to hire a chief executive officer for TikTok, which is under increasing scrutiny from U.S. lawmakers wary about the influence of Chinese companies on American consumers.

TikTok’s runaway popularity has been deemed to create “national security risks,” according to a letter by Senators Chuck Schumer and Tom Cotton in the fall.

Unlike ByteDance, which is the world’s highest-valued startup, and most other social media contenders, Byte is starting off small and its community guidelines make several references to the company’s modest budget.

Still, the strong early response to Byte’s arrival — coming with little to no advance fanfare — suggests the community that Vine built-up remains loyal to the particular six-second format. Some of the early popular videos on the platform are humorous proclamations of “Don’t post TikToks here.”