According to reports, TikTok has beaten Instagram to become the second most favorite social media app for teenagers in the US. 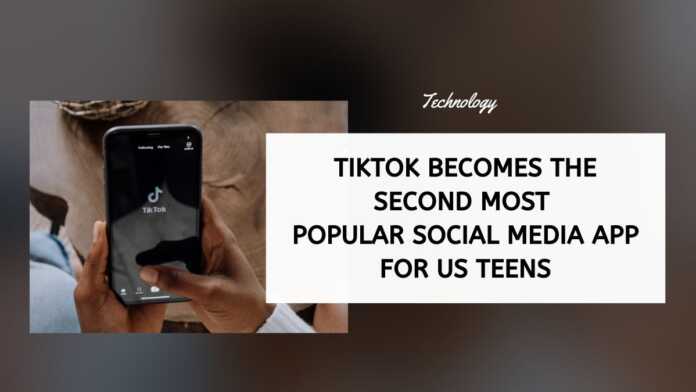 The ByteDance-owned short-video app TikTok is now the second most popular app for US teenagers, with Snapchat being the first. TikTok has beaten Instagram to reach the number two spot, according to a report.

According to Piper Sandler, 34% of teens picked Snapchat as their favorite social app followed by 29% picking TikTok. Instagram came in third with 25% of teenagers picking Facebook’s photo-sharing app. TikTok was number three in the Spring 2020 version of the Piper Sandler report, writes CNBC.

However, when it came to usage, the story was different. The report showed that Instagram remains on top with 84% engagement, followed by Snapchat at 80% and TikTok at 69%, up from the 62% they raked in on the Spring 2020 report.

The report shows that TikTok is continuing to gain market share amongst users in the US and this is a key demographic for social apps. These users are also key demographics for advertisers, which are the main source of revenue for social media apps, CNBC pointed out.

To deal with TikTok’s ever-growing numbers, Facebook announced Reels in August this year. Reels are short videos, just like TikTok’s videos, that can be made and shared on Instagram.

And as far as TikTok’s US-run is concerned, TikTok’s hearing is scheduled for November 4 now, and talks are ongoing to finalize a preliminary deal for Walmart and Oracle to take stakes in a new company, TikTok Global, that would oversee US operations.