TikTok Is Now Available On Android TV Via Chromecast

While users in the US cannot download the app yet, it is available for download in the UK via Chromecast. 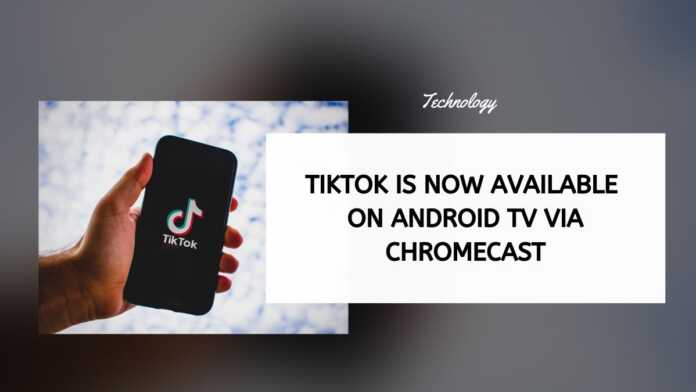 TikTok took the world by a storm in the past year. Even as it struggled a bit in the US, its popularity grew exponentially in markets across the globe. After making a mark in the world of smartphone apps, word is that TikTok is now gearing to make a name for itself in the world of TV apps.

9To5Google reports that TikTok is coming to Android TV. TikTok for Android TV app is now available on the Google Play Store and it works a lot like the app that the TikTok users are used to seeing on their smartphones. This means that a vast majority of the videos that users see on TikTok for Android TV will be short videos in a vertical format.

Simply said, at any given point in time, users will be viewing only the video only on a portion of their TV screen while the rest of the screen space remains unutilized.

There’s a catch. This app isn’t available everywhere yet. While users in the US cannot download the app yet, it is available for download in the UK via Chromecast. However, users failed to do the same with Shield in the UK.