TikTok is becoming one of the famous apps for people during this lockdown. 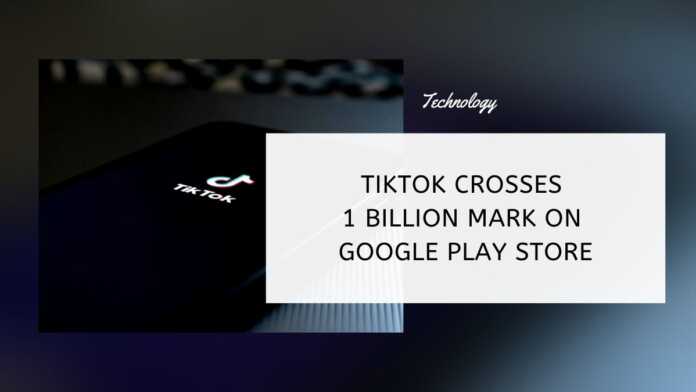 TikTok crossed 1 billion downloads on both Android and iOS last year in February. The short video app has now crossed 1 billion installs on Google Play Store alone. TikTok has been witnessing a surge due to the lockdown, and it’s leading to major milestones for the app.

TikTok crossing 1 billion installs on the Play Store was first spotted by Android Police. Apple doesn’t reveal the number of installs on the App Store, but TikTok is currently ranked four among entertainment apps.

TikTok has also been beating WhatsApp and Facebook to become the most downloaded non-game app globally. Last month, it continued its streak with over 115.2 million installs, Sensor Tower reported.

Contributing majorly to its growth is India which comprised 29.5% of the total downloads in March.

A report by App Annie also revealed that TikTok became the most downloaded social media app in India just as the 21-day lockdown started.

Apps, in general, are being downloaded more frequently than normal with people stuck inside their homes due to the lockdown. And it’s not surprising for TikTok since it’s one of the most viral entertaining apps.

TikTok along with other companies had jointly decided to reduce video quality content so that the load on internet bandwidth can be reduced. It changed the default HD or UHD video quality to SD on its platform.