Telegram is now among one of the few messaging services to cross the milestone. 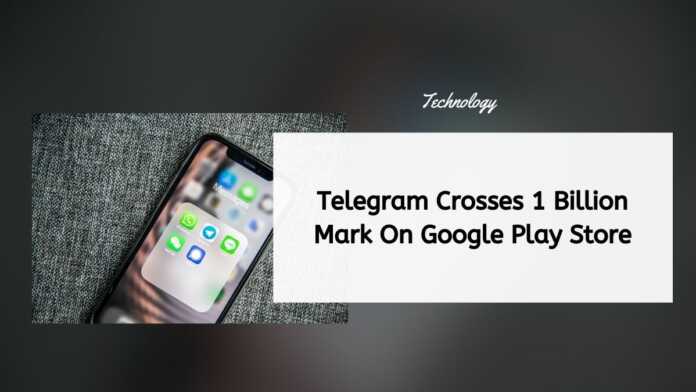 Telegram has become the latest app to cross the one billion installs on the Google Play Store. This makes the app reach a new milestone that works on most desktop and mobile devices.

The sudden surge in downloads could be attributed to major outages on Facebook, WhatsApp and Instagram earlier this month.

Founded by Pavel Durov, Telegram is slowly increasing its presence in the market and has gained more users due to outages among its competitors in the space. This surge in Telegram downloads will be a big worry for WhatsApp, which is the biggest messaging app in the world.

The app is growing in popularity and racked up 32 million and 26 million installs worldwide in March and April 2021 respectively, according to Statista. The Telegram app has now hit the 1 billion download mark on Google Play, the install counter shows. It was first spotted by Android Police.

Earlier, Telegram CEO Pavel Durov said the app gained more than 70 million new users when Facebook crashed on October 4. “Telegram’s daily growth rate exceeded the norm by an order of magnitude, and we took in over 70 million refugees from other platforms in one day,” Durov wrote on his Telegram channel.

Durov had also explained in 2020 that the service will remain free as it exists in the future, but certain features might later be made available to paying customers – essentially a premium tier and that the company was also planning on working with artists to sell premium stickers on the app, as an additional revenue source.

It remains to be seen whether Telegram is able to challenge the current market leader, WhatsApp, which has two billion active users, and this so without monetizing the app.