Telegram Adds Support For Siri To Read And Reply To Messages 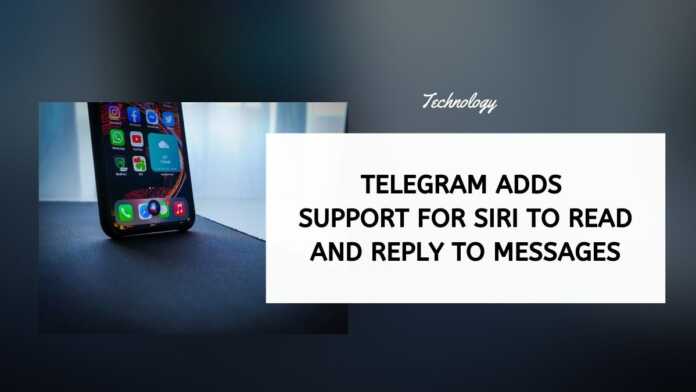 The latest beta version of Telegram now supports Siri’s Announce Messages feature on headphones. iPhone and iPad users can now use Siri to listen and reply to Telegram messages. This feature has been rolled out to Telegram’s beta app.

Telegram introducing this feature makes it the first third-party app to enable Apple’s Announce Messages with Siri, The 8-Bit reported. So far only Apple’s Messages and Home app offer this feature. Apple has made this Siri API available to developers for over a year now.

This handsfree mode enables Siri to read an incoming message when their iPhone or iPad is locked. Siri first plays a tone then announces the sender’s name and reads out the messages. Users also have the option to reply to that message using Siri.

This is currently available only to Telegram beta users with no word on the official rollout yet. iPhone and iPad users can enroll in Telegram’s beta program on TestFlight. iOS 13.2 and later is also required for this feature to work on iPhones and iPad.

This feature works only with Apple headphones including the AirPods, AirPods Pro, Powerbeats, Powerbeats Pro, and Beats Solo Pro.

This feature is yet to arrive on other popular messaging apps on iOS. Google Assistant, on the other hand, can read and reply to messages on Telegram, WhatsApp, and even Slack.