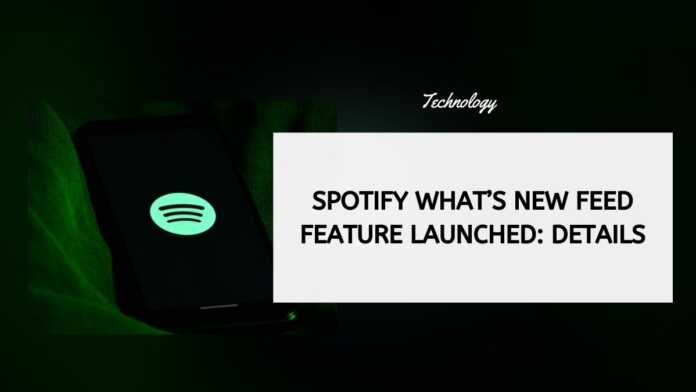 Spotify has announced that it is introducing a new feature on its platform that will enable users to keep a track of the content from their favorite artists and channels easily. The new feature is being introduced in the form of a new feed called ‘What’s New feed’ in the music-streaming platform.

Spotify in a blog post said that it realizes that it can sometimes be difficult to keep track of the latest releases from users’ favorite creators and that’s why it’s launching another way to discover new music and podcasts that users love.

The newly introduced What’s New feed gathers all the new releases from the artists and shows you follow on Spotify. What makes it easier for the users to find the latest songs and episodes from the creators they follow is the fact that the What’s New feed is updated in real-time.

This means that as soon as a podcast or a song or an album is released, users will find it in their What’s New feed. The only caveat is that users should be following the concerned artist to get the update.

Here is how can you access your What’s New feed:

Step 2: Click the new bell icon that is located at the top of the Home tab on your phone.

Step 3: A blue dot indicator on the bell icon will let you know at a glance if new songs or episodes have been released since your last visit.

The company has started rolling out the What’s New feed to all users globally on iOS and Android. It will be available to all users over the coming weeks.