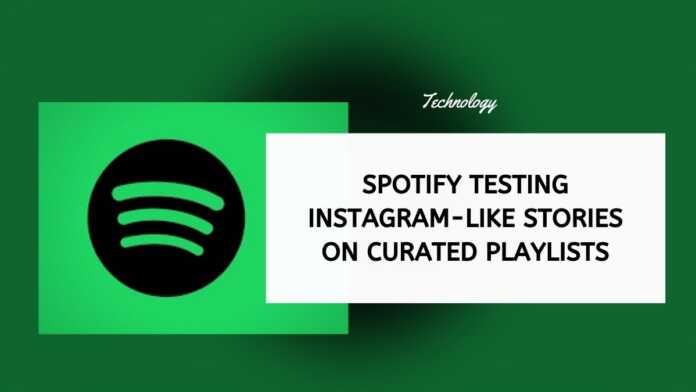 Spotify is the latest company to introduce an Instagram Stories-like feature. The company has been spotted testing stories with popular artists on its streaming service. It’s visible on some curated playlists by Spotify and on its Android and iOS apps.

If you’re a Spotify user you can check out the feature on the “Christmas Hits” playlist. On the cover art of the playlist featuring Mariah Carey, you’ll see a tiny circle with a prompt to “Tap to see the story.”

This has got to stop pic.twitter.com/xsurbrJblx

You can tap on to move to the next story. Since it’s not a social platform like Instagram, you can’t reply or react to the stories. There’s still an option to report stories.

Spotify stories have been spotted on more playlists like “Tear Drop” and “Megan Thee stallion presents Good News, the Enhanced Album.” Spotify has confirmed to Engadget that it is testing stories on its platform but didn’t provide additional details on the feature.

It looks like stories are currently offered by Spotify in collaboration with artists. There’s no option for users to create Spotify stories.

It was reported earlier this year that Spotify would start testing stories with artists. Spotify said it would let artists share stories with the content on talking more about the song.

Another report suggested that Spotify will let influencers add stories to playlists. Stories have now been adopted by almost every popular internet company with LinkedIn and Twitter being the most recent.