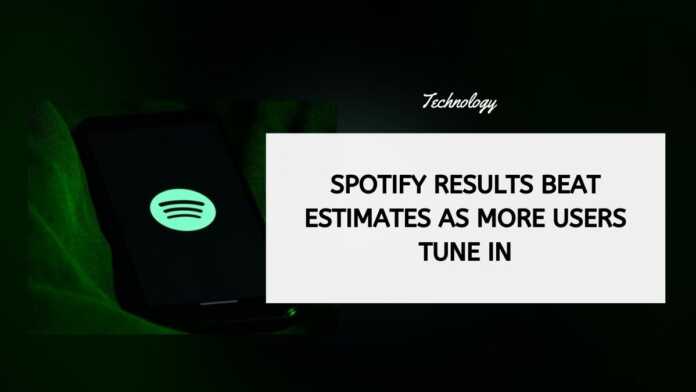 Spotify Technology SA beat Wall Street estimates for first-quarter revenue and paid subscribers on Wednesday, as the music streaming company launched in newer markets and recorded user growth in countries such as the United States and India.

Premium subscribers, which account for most of the company’s revenue, were up 21% to 158 million from a year earlier. Analysts on average were expecting the company to have 157.5 million paid subscribers, according to IBES data from Refinitiv.

Spotify, which launched its services in 86 new countries in the quarter, said growth in the United States, Mexico, Russia, and India offset lower-than-expected growth in Latin America and Europe.

The world’s most popular paid music streaming service, which has been boosting its podcast business, on Tuesday launched a paid subscription platform for podcasters to challenge a similar service unveiled by Apple. Total monthly active users rose 24% to 356 million.