Both will work together on narrative scripted podcasts based on the iconic DC characters. 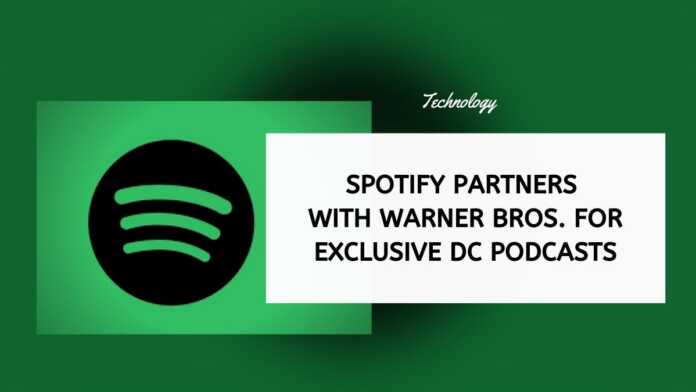 The new podcast lineup will feature new shows based on the iconic DC characters. Both companies will also work on new programming from original intellectual property, Spotify said in a release.

Spotify will also have a first look at the podcasts. In addition to these shows, the partnership could also bring Warner Bros. Studio’s collection of timeless titles as standalone podcast series on Spotify.

From Warner Bros. Peter Girardi and Robert Steele will co-develop and produce the original programming with Spotify. Girardi is the executive VP of Blue Ribbon Content and of Alternative Programming at Warner Bros.

Animation and he will serve as the creative lead. Steele, who is the senior VP of Business Strategy and Operations, Warner Bros. Digital Networks take care of the strategic business aspects of the partnership for the Studio.

“Spotify’s deep engagement with its consumers and commitment to prioritizing their podcast vertical makes them an ideal partner in this endeavor. We’re excited to bring beloved characters and franchises from DC and Warner Bros. into this new world and to use our storytelling prowess to redefine what’s possible in the scripted audio space.” Robert Steele and Peter Girardi said in a joint statement.

Spotify has teased the upcoming podcast collection on its platform. You can access it by following this link. The podcasts whenever they’re available, will be free to listen for all Spotify users including those who aren’t premium subscribers.