Spotify Now Lets Its Users Save Podcasts For Later 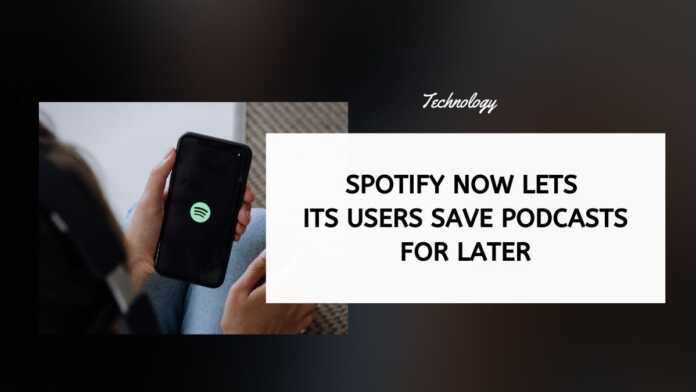 Spotify has launched another new feature that makes it easy for its users to save podcasts for later. This feature is called “Your Episodes” and it lets you bookmark podcast episodes. The bookmarked episodes can be found in a ‘Your Episodes’ playlist.

With this new feature, Spotify wants users to save podcasts for later. The new feature will be available as a ‘+’ icon on the podcast episode. You’ll see it just next to the download icon. You can tap on the plus icon to save a podcast for later.

These podcasts will then be added to the ‘Your Episodes’ playlist. This playlist will be pinned on top of Your Library under Podcasts. When you open it you’ll find all the saved podcasts stacked here.

Bookmarking podcasts for later can be pretty helpful for people who wish to listen to a particular episode later. This is more of a quicker way to move podcasts to another tab so you can listen to it later.

Spotify already lets its users add podcasts to their playlists but for this, they need to select the three-dotted menu, and create a new playlist or add to an existing one. This is more for specific playlists based on user preferences.

Spotify’s new feature is available for both free and premium users globally. Spotify’s latest feature comes amid the company’s multitude of efforts to push podcasts on the streaming platform. The company is also expected to introduce a podcast subscription service soon.