Spotify in its latest update has addressed the login error that plagued several users on smartphones. 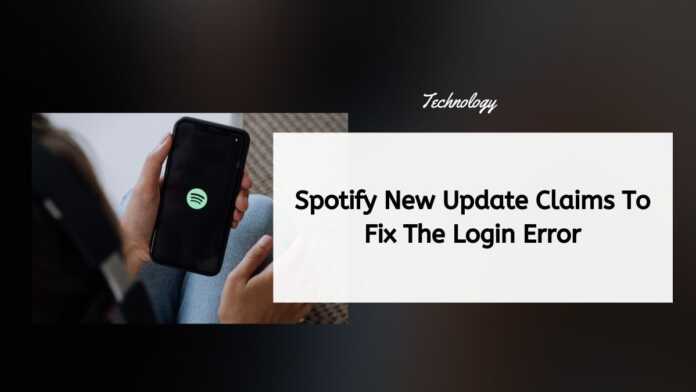 Spotify users have long been suffering through the notorious login error, especially on mobile devices. Through Reddit and other forums, users have been complaining about the issue and Spotify’s moderators were even found removing the complaint posts.

However, the company has now acknowledged the issue and already released an update that contains the fix. After weeks of waiting, Spotify finally released a statement that affirms fixing the update.

“Hey folks, Thanks for your patience while we looked into this issue. We’re happy to say that this should now be fixed for everyone! Just make sure your app is updated to the latest version.” Hence, those who have been facing the issue should immediately download the latest update to get rid of it.

Prior to releasing the fix, Spotify acknowledged the issue and tried to give users some temporary relief. “Hey everyone, We’re receiving reports from users that when they try logging in to their account while using their mobile data, they get an error message “Something went wrong. Try again”. According to the reports we’re getting, it seems like this is impacting Telstra customers,” said the blog post.

The issue had been plaguing users for months, with many of them complaining on social media and blogs. The most common one was the issue that prevented users from logging into a device. The issue was more prevalent on mobile data connections. A related issue also made the in-app search function useless.

Note that Spotify currently has one of the most expensive prices in India when it comes to music streaming services. Spotify’s monthly plans end up costing more than what Apple charges for its Apple Music service.