Spotify Premium subscribers, which account for nearly 90% of its revenue, stood at 124 million for the three months ended December 31. 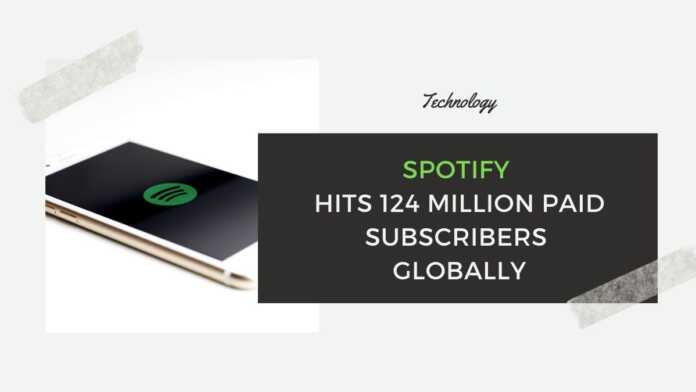 Spotify Technology SA reported a better-than-expected 29% rise in premium subscribers in the fourth quarter, as the music streaming company rolled out promotions to battle competition from Apple Inc and Amazon.com Inc.

Premium subscribers, which account for nearly 90% of its revenue, stood at 124 million for the three months ended Dec. 31. Analysts on average were expecting 122 million paid subscribers, according to FactSet.

The company also forecast first-quarter premium subscriber numbers largely in line with estimates. It expects total premium subscribers in the range of 126 million to 131 million for the first quarter compared with the estimate of 128 million, according to FactSet Estimates.

Spotify, which has banned political ads ahead of the United States presidential election, has also seen its podcasts such as “The Joe Budden Podcast” and “My Favorite Murder” gain a loyal following while bringing in ad dollars.

Spotify ran several promotional campaigns in the quarter, including one with “3 months on us” intro offer for new users, and a win-back offer for returning customers.

Revenue rose to 1.86 billion euros ($2.05 billion) from $1.50 billion euros a year earlier. Analysts were expecting revenue of 1.89 billion euros, according to IBES data from Refinitiv.

It also forecasts first-quarter revenue largely below estimates. Spotify expects total revenue in the range of 1.71 billion euros to 1.91 billion euros for the first quarter. Analysts were expecting revenue of 1.90 billion euros.

The company reported a loss attributable to shareholders of 1.14 euros per share for the fourth quarter. Shares of the Swedish company were up 2% at $158 before the bell.