Spotify reached the 500 million mark just within two years after entering into the Android world. 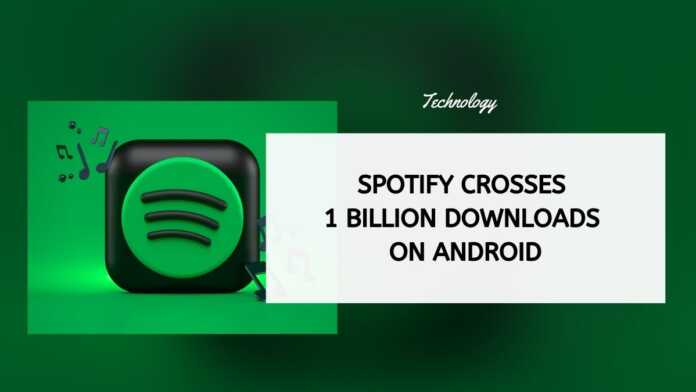 Spotify has finally reached the 1 billion download milestone on Google Play Store spotted by Android Police. The audio streaming app also becomes one the most downloaded audio streaming app on the platform, now that Google has shuttered its Google Play Music platform. It is worth adding that Spotify reached the 500 million mark just within two years after entering into the Android world.

The firm seems to be expanding its ecosystem in every segment possible. Besides having a free and subscription version, it is also working continuously on its own podcasting platform, offering services directly to compete with Audible/Amazon by launching audiobooks and more recently, launching its own hardware for the car infotainment system.

The firm last month launched paid podcasts on its streaming platform, opening the service up to all its users who create podcasts via the Anchor app. The service will be free for the next two years, after which the company will start taking a small cut in 2023.

The company’s announcement came hot on the heels of Apple’s ‘Spring Launch’ announcement last week, in which the company announced changes to its podcast app introducing paid podcasts.

The audio streaming firm has also been updating its platform with new features. Late last month, Spotify announced that it has reworked its library tab for mobile with important new features like pinned content, dynamic filters, and a grid view.