Spotify recently confirmed its plan to add AirPlay 2 support for Spotify's iOS app has been delayed. 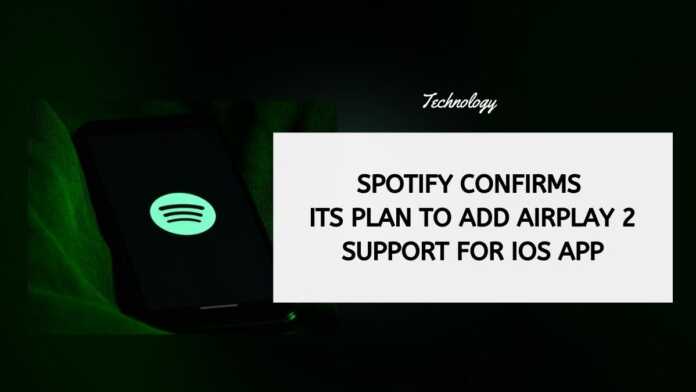 Spotify users might have to wait longer to get complete AirPlay 2 support on Apple devices. Though Spotify recently confirmed its plan to add AirPlay 2 support for Spotify’s iOS app has been delayed, despite that, the feature is still on its way, as the music streaming platform is “working to make it a reality.”

According to The Verge, some doubt was cast on AirPlay 2 inclusion when a tech website spotted a forum post, where a Spotify forum moderator claimed that “audio driver compatibility issues” might mean the feature wouldn’t be added for the foreseeable future.

Spotify has now claimed it as wrong. In a statement received by The Verge from Spotify regarding AirPlay 2, it said, “A post on one of Spotify’s Community pages contained incomplete information regarding our plans for AirPlay2. Spotify will support AirPlay2 and we’re working to make that a reality.”

AirPlay 2 would be added as part of the iOS 11 update and will introduce multiroom audio, Siri voice control, and fairly broad support across a wide swath of speakers, televisions, and streaming services. It is a first for Apple’s “casting” feature, which had previously been somewhat poorly supported outside of Apple’s own devices.

Spotify has its own way to get audio from its service to other devices in the form of Spotify Connect, but considering Spotify already supports Google Cast, skipping Apple’s newest streaming protocol would seem like an odd omission.

Spotify has a less-than-friendly relationship with Apple, even going as far as filing an antitrust complaint and publicly calling it a bully, and a choice to not prioritize incorporating AirPlay 2 makes even more sense.