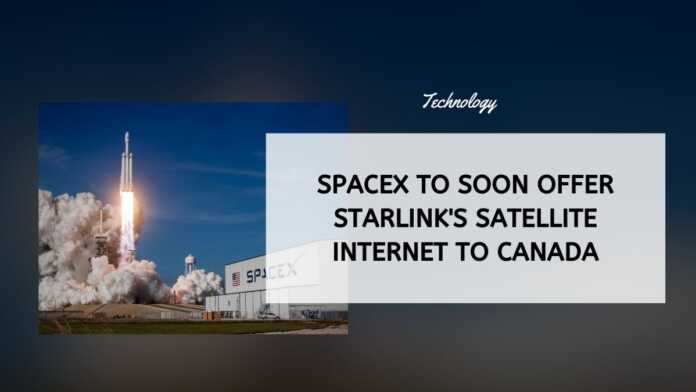 The satellite internet’s beta trials started a few days ago with SpaceX sending out emails to all the people who had signed up. In the US, the internet service costs $99/month, and the hardware kit needed to access the network costs $499 that has to be paid upfront one time.

.@SpaceX is joining the effort to help get Canadians connected to high-speed Internet!

Regulatory approval for the @SpaceXStarlink low Earth orbit satellite constellation has been granted!

SpaceX called their beta program “Better Than Nothing Beta” so people didn’t get their hopes up too high and the email explained that the service is going to suffer from inconsistent performance and also have brief periods of no connectivity at first.

However, despite that, early testers have been sharing positive results with some of the reporting download speeds of over 100Mbps.

Canada was always a part of SpaceX’s coverage plans, particularly the more rural parts of the country. However, the company could only reach a limited number of locations for now since it needs approval for ground stations.

According to a SpaceQ report, the beta program is going to be available in areas covered by US ground stations. Elon Musk told SpaceQ that the company was working towards making Starlink more widely available until it achieves full global coverage by the end of next year.