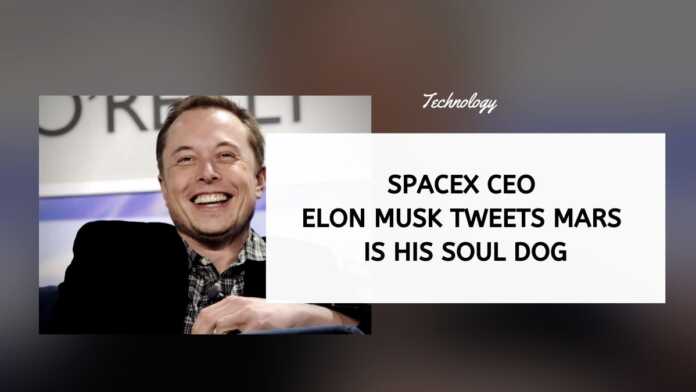 SpaceX CEO Elon Musk on Sunday took to Twitter to describe his relationship with Mars by calling the red planet his soul dog.

“Mars is my souldog,” Musk said in a tweet.

Responding to Musk, a user tweeted, “Elon is from Mars. The Galactic Federation has no say. They agree with his awakening tactics.”

“Why Mars? There’s plenty of planets out there,” mentioned another user.

Another user posted to him, “YOU are my souldog I don’t even care how many other people have said this already.”

Meanwhile, Musk is building floating spaceports at least 35 kms from the coastline and would be used for launching starship rockets to the Moon, Mars, and even hypersonic travel around Earth.

The floating spaceports would be accessed via tunnels dug under the water and Musk-owned The Boring Company would construct those.

Musk had earlier tweeted that most Starship spaceports will probably need to be around 35 kms offshore for “acceptable noise levels”.