Soybean contains vitamins, minerals and an impressive amount of calcium, which are important for healthy bones. 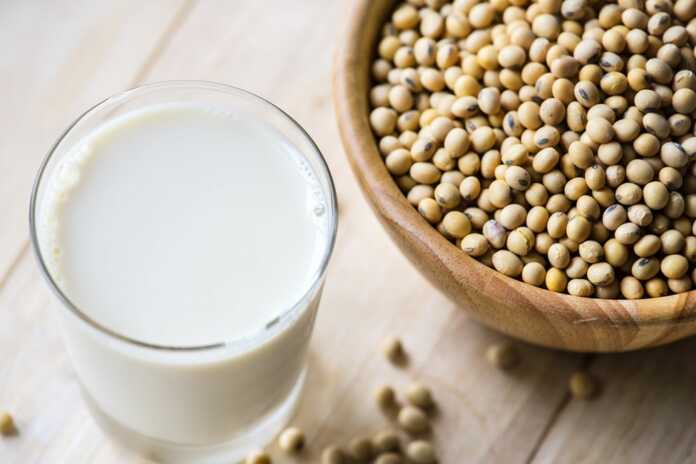 Soybean is the species of the pea family, which is one of the most widely consumed food over in the world. Soybeans have many health benefits for the human body and they are also easy to cultivate like other beans. The soybeans grow in pods enclosing edible seeds. There are two types of soybeans which are commonly cultivated – yellow and black soybeans.

The scientific name of Soybean is Glycine max, and they are classified as an oilseed, rather than a pulse, like most legumes. Soybeans are also processed into milk, oil, tofu, and soy protein. The high levels of protein make these soy products the best alternative of protein source for vegetarians.

Soybeans are low in fat and calories but are a rich source of protein, fiber, and many other essential vitamins and minerals. It contains an essential hormone called phytoestrogens that mimic the action of the estrogen hormone.

The health benefits of soy for menopausal women could include fewer hot flushes, protection from coronary heart disease (CHD) and lowered risk of osteoporosis.

Soy is a high-quality protein. It contains all the necessary amino acids, similar to those found in meat. Thus it is the best alternative to meat for vegetarians. 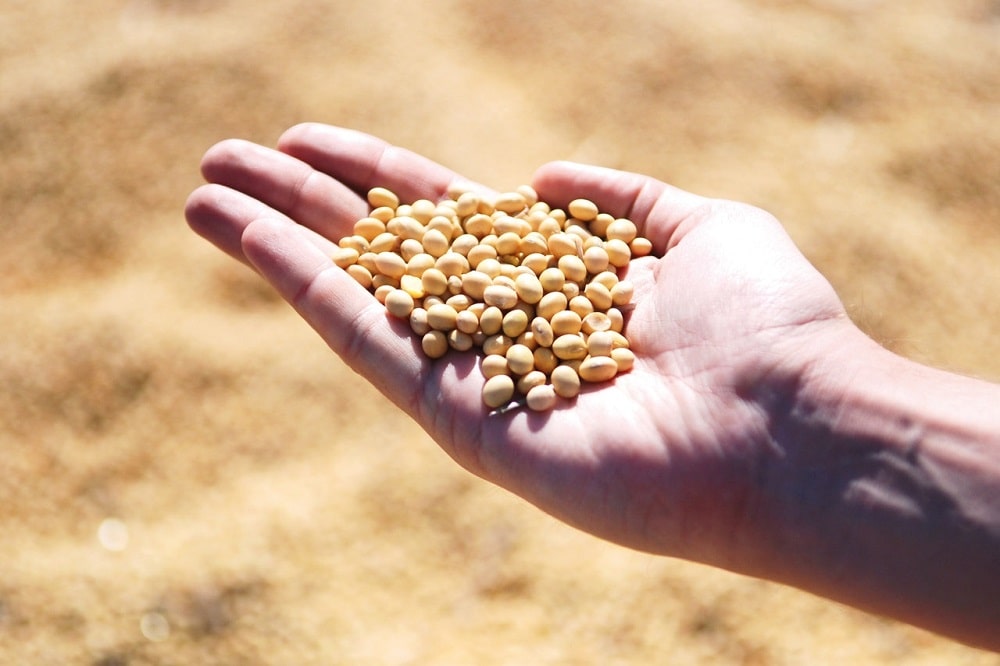 Some soy products are sources of calcium and iron, such as Chinese tofu or tempeh (made with a calcium coagulant) and calcium-fortified soy drinks. The soybean is:

Some people think soy can cause cancer but research found that soy actually a cancer fighter. The fact is it contains ‘phytoestrogens’. These are plant chemicals that act like a very weak estrogen molecule.

Soy is also a good source of protein, fiber, and heart-healthy omega-3s. It is naturally cholesterol-free and low in saturated fat. Oestrogen may protect women against coronary heart disease (CHD) during their reproductive years, but rates of CHD increase remarkably after menopause. Soybeans have been shown to lower total cholesterol and LDL cholesterol levels, both known risk factors for CHD. 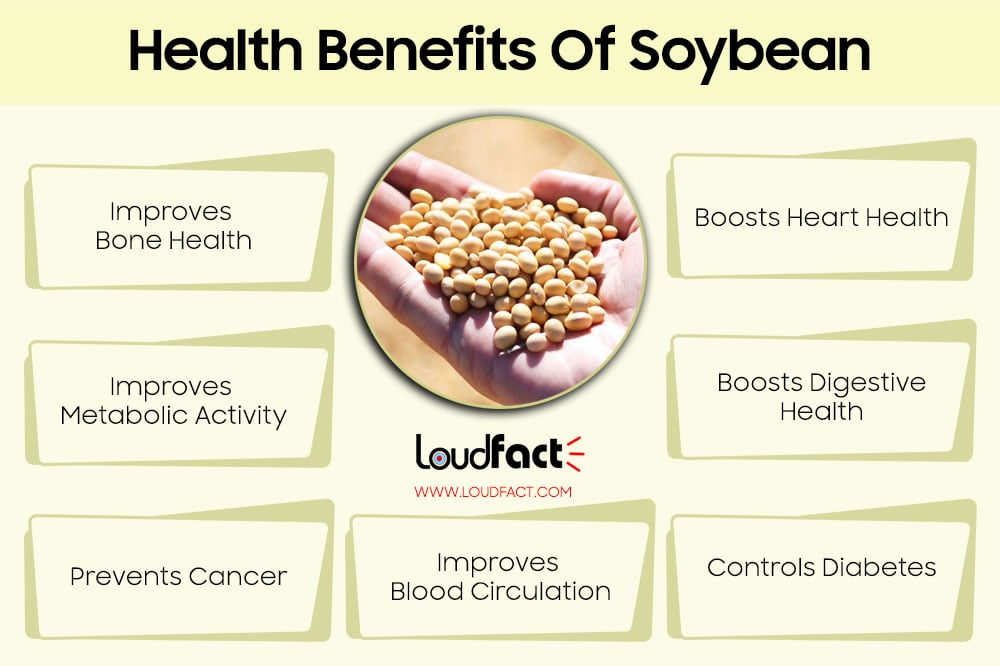 Soybean contains vitamins, minerals and an impressive amount of calcium, which are important for healthy bones. Soy foods contain various types of isoflavones known to be weak plant-based estrogenic compounds or phytoestrogens.

Because estrogen is protective of bone, postmenopausal estrogen decline is linked with bone loss. Various studies have examined the relationship between soy foods, soy protein, or isoflavone extracts which helps in bone health and osteoporosis prevention.

The estrogen-like compound in soy may help the postmenopausal woman get a better night sleep. Insomnia is a very common problem in an older woman. The research found whether hormone therapy helps with sleep problems, whether isoflavones might be beneficial.

Soybean supplementation may control blood glucose if you having a type-2 diabetic.
Soybean may reduce insulin resistance by increasing insulin receptors synthesis. But this only occurs in the presence of other essential dietary supplements like the good amount of polyunsaturated fat.

A good amount of soy intake can prevent the risk of type 2 diabetes and other chronic health problems. This can also prevent other problems related to insulin metabolism and blood sugar.

Raw or sprouted soya beans contain goitrogens, which can interfere with thyroid gland activity. Soya also contains oxalate, which might be causes of kidney stone. So, it’s better to avoid over-consumption of soy products.

How to Lose Weight in College: 10 Best Ways To Follow

Amazing Back And Bicep Workout For Quick Results

Foods That Makes You Taller: Facts And Examples