SMH Meaning, Facts and How to Use It in Texting With Example

One of the most used yet less known acronyms found over the internet. 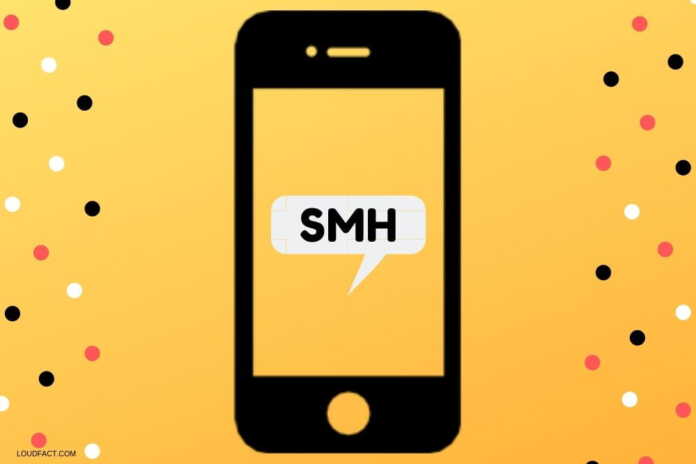 So, If you’ve been online or received a text that made you question what the acronym means, you came to the right place.

SMH stands for “shaking my head,” although it can also be used to mean “stupid minded humans” or “so much hate.” “Shaking my head” is the more common version, though; it’s usually deployed as a way to express embarrassment and often serves as a piece of punctuation. It should be noted that “SMH” itself is the base form of the term; sometimes it’s modified with the addition of a D (“shaking my damn head”), an F (“shaking my f*cking head,”) and so on.

When SMH Is Used

SMH is one of the popular online acronyms that teens and young adults love to type into their social media posts or in text messages to express the same physical body language of shaking their head in disappointment and/or disbelief.

You can also use it in response to somebody else’s behavior, an event that happened or a situation.

Why It is Used

Acronyms like SMH, TFW and other abbreviated words are part of a big trend in online communities or private messaging that assist people to save time. This acronyms also adds an extra emotional response which may be complex to express with words.

With technology improvement everyone nowadays into mobile web browsing and instant messaging. This makes acronyms like wcw, tfti, soz, nvm, ofc and all the other insane short-form words to only show up more in your everyday online use, along with newer ones that will probably pop up in the future.

How To Use SMH in Texting

You can use this acronym in all forms from uppercase letters to lower case, along with a phrase or by its own. There are no rules to use it, so you can improvise on your own. Only remember that unlike some of the other acronyms, SMH can’t be used on its. You need to use it along with some phrases to make it more expressive.

John: I got a headache and I hit myself in the head while getting into my car.

Robert: So how was the party?

James: It was great!

Robert: You dance with a lot of girls?

Here acronym ‘shake my head’ or ‘shaking my head’ used when disappointed in someone/something.