Signal Down Across The World Due To Technical Problems

Users are unable to send messages on the app right now and this problem is happening globally. 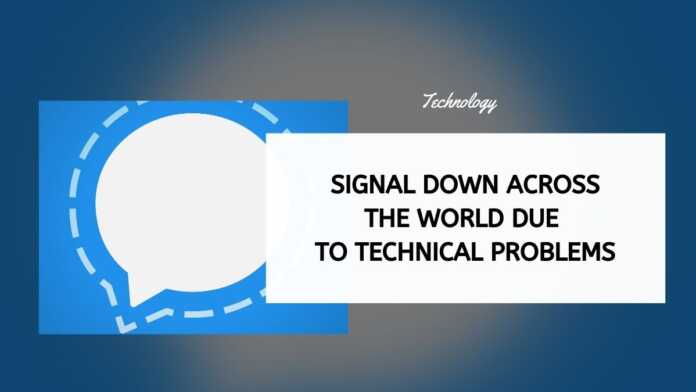 Signal is facing a global outage with people across the world being unable to send messages on the app. Signal has also tweeted about this issue “technical difficulties” affecting the app currently.

Signal has said that they are currently working on the issue and hope to restore things back to normal soon. For now, the app has also added a banner on top of chats that mentions – “Signal is experiencing technical difficulties. We are working hard to restore service as quickly as possible.”

Signal is experiencing technical difficulties. We are working hard to restore service as quickly as possible.

Many people are speculating that this “technical difficulty” must be a result of the huge number of users Signal has gained almost overnight. Post January 6, Signal and Telegram has seen an unprecedented number of downloads with many WhatsApp users looking for more private options for messaging apps.

Compared to the other two, Telegram and WhatsApp, Signal collects no data from its users and has also promised that it is never going to share user data or show in-app ads. Signal has not explained what might have led to today’s issue yet.

Literally, moments after Elon Musk had tweeted to endorse Signal over WhatsApp when the later shared its new privacy policy, Signal had faced issues with new registrations.

Thanks to a huge influx of users, verification codes were not reaching new users leaving them unable to register on the app.

This issue was subsequently fixed but it looks like Signal, in general, might be having teething issues while dealing with volumes – it is not impossible. For now, it remains to be seen how soon Signal manages to come around.