Signal added support for wallpapers, About sections, and animated stickers. 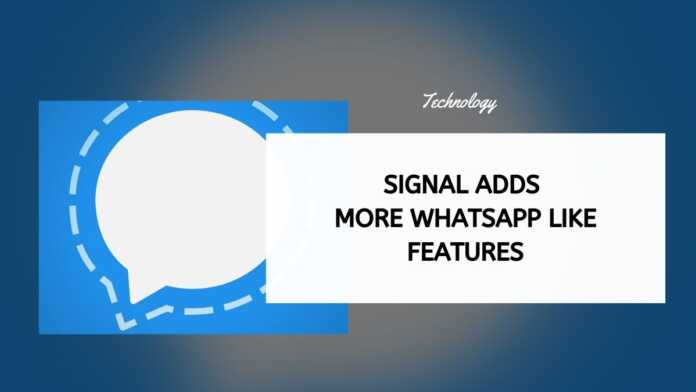 Signal just added support for some WhatsApp like features in the app’s latest beta, which were previously announced by the developers. These are custom chat backgrounds, and an ‘About’ field for your profile and animated stickers.

Users on iOS had also asked for settings to prevent automatic downloading of media and full-screen profile photos, which are also rolling out since yesterday.

The wallpaper picker appears inside individual chats, in addition to a global setting – which is great since you can use it to set different backgrounds to quickly identify your chats with different colors. While you can select an individual color for each of them, you can also choose from 12 colors, along with nine gradients.

Signal also bundles a setting under the wallpaper option, titled “Dark theme dims wallpaper”, which is pretty self-explanatory – if you have your Signal app set to Dark theme or to follow your system-wide dark mode, it will tint the wallpaper ever so slightly, so lighter wallpapers won’t blind you at night.

Another feature that made it into the beta release is an ‘About’ section under your profile photo on the app – this looks identical to the About section on the WhatsApp app, which allows you to tell your friends what you’re up to or leave a message for someone while you’re away from your phone or can’t reply for a while.

The app doesn’t have a very exciting range of stickers, so you can head over to the unofficial (but jam-packed with options) signalstickers.com to fill up your phone with thousands of sticker packs.

Privacy doesn’t need to be delayed, and it shouldn’t be this confusing. You can just download Signal now. https://t.co/nOibQ8Yra4

The update is now rolling out to users who have signed up on the app’s beta channel, but it may take a while longer to make it to the stable release.