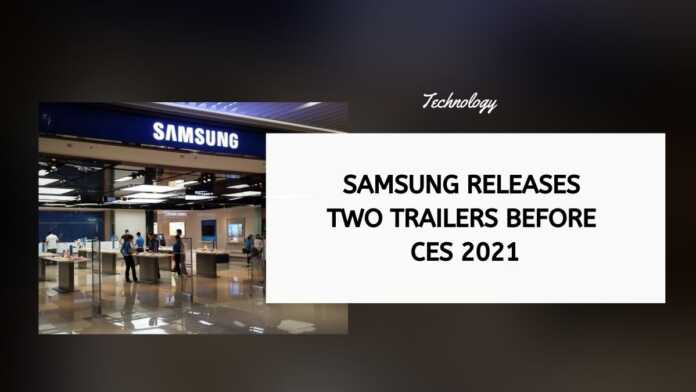 The Consumer Electronics Show (CES) 2021 will be held virtually this year between January 11 and January 14. Ahead of the annual tech fest, Samsung has released two trailers that give a glimpse of what we should expect from the company at the event or how well is the company preparing for the event.

The first video features a mysterious silhouette of a man with the tagline — “Better Normal for All”.

In the second video, the silhouette is revealed to be Sebastian Seung, President, and Head of Samsung Research, who will be a speaker at Samsung’s CES 2021 press conference.

Soon after he gives her a peek of the lab where all the work is going. Now, this lab has aliens working all over the place. He quickly shuts the door of the lab without letting the other Samsung employees see…well…the aliens.

Samsung didn’t reveal what we should expect from the upcoming event but it did send a message that it is working hard for the same.

Further, reports have hinted that Samsung will launch 4K and 8K OLED TVs along with micro LED TVs and new home appliances at the event.

Samsung’s CES 2021 event will take place on January 11. The 30-minute event will begin at 9 AM EST. Interested people will be able to watch the event via a live stream on Samsung.com.