Samsung Galaxy Tab S6 5G will be available in Korea in the first quarter of 2020. 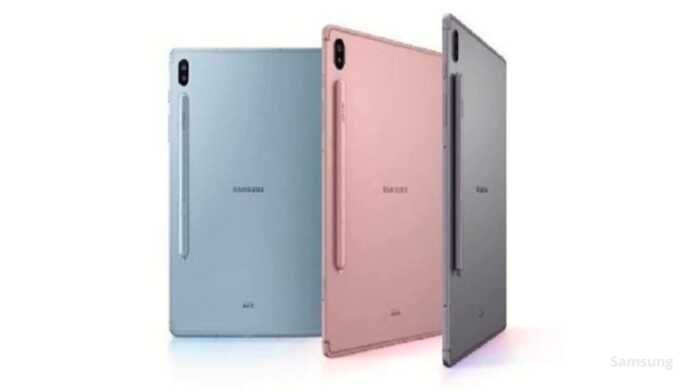 Samsung is one company that is leading the bandwagon of 5G enabled smartphones in the world. The company is already offering 5G variants of its Galaxy S10, Galaxy Note 10 and Galaxy Fold smartphones to the users.

And very soon, it would be adding another device to the list. The company will soon unveil the 5G version of its Galaxy Tab S6, which would effectively become the first 5G enabled tablet in the world.

The devices are listed as ‘coming soon’ on the website. The page, however, does not reveal the features or specifications that the Galaxy Tab S6 5G would come with or how much the device will cost.

Reports suggest that the company will launch the phone in the first quarter of the year. This has been confirmed by Samsung in the blog post wherein the company detailed the sales figures for its 5G-enabled smartphones.

While there is no word on the specifications yet, the company in its post did say that its first 5G-enabled tablet will offer “high-quality video conferencing” and that it would make a “premium experience for watching live and pre-recorded video streams or playing cloud and online games with friends.” All these features pertain to the high-speed 5G connectivity. As far as the specifications are concerned, they should be similar to the Galaxy Tab S6.

To give you a quick brief, Galaxy Tab S6 comes with a 10.5-inch sAMOLED display. It is powered by Qualcomm Snapdragon 8150 processor that is coupled with up to 8GB RAM and up to 256GB storage space. It runs on Android 9.0 Pie.

This device has a 13-megapixel + 5-megapixel camera system at the back and an 8-megapixel camera in the front. It is backed by a 7,040mAh battery and it has a fingerprint sensor and face recognition for security.