These smartphones made a debut at the Galaxy Unpacked 2020 event in San Francisco, US. 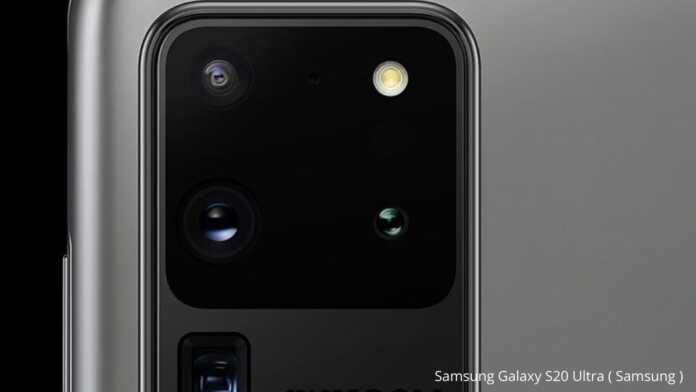 The Samsung Galaxy S20, S20 Plus, and S20 Ultra are finally out of the den. The three smartphones that made a debut at the Galaxy Unpacked 2020 event in San Francisco, US, are the best that the company has to offer in 2020.

Samsung has been refreshing its Galaxy S series for years now and they rightfully create a benchmark. This time it’s the camera department that gets a major bump along with the performance, which now peaks with the beastly Snapdragon 865 and 16GB RAM.

All three smartphones come in 4G and 5G variants this time, however, it is not for sure which market will get what iteration.

The Galaxy S20 runs Android 10-based One UI 2.0 and has a 6.2-inch QHD+ Dynamic AMOLED screen (Infinity-O display) that is HDR10+ certified and has 563ppi pixel density.

Powered by a 7nm octa-core Exynos 990 processor (Qualcomm Snapdragon 865 in select markets) with 12GB RAM, the smartphone has 128GB inbuilt storage, which can be expanded up to 1TB via a microSD card.

It also gets 3x Hybrid Optic Zoom and 30x Super-Resolution Zoom. At the front, there is just one 10-megapixel autofocus sensor with f/2.2 aperture and 1.22um pixel size.

Additionally, it has a 4000mAh battery with wireless charging and PowerShare support.

The Galaxy S20+ (Plus) is a slightly more powerful sibling in the series. It has a 6.7-inch QHD+ Dynamic AMOLED screen (Infinity-O display) that is HDR10+ certified and has 525ppi pixel density.

Under-the-hood is the same Exynos 990/Snapdragon 865 processor with 12GB RAM. However, there are two storage options here – 128GB and 512GB, both of which can be expanded up to 1TB.

The camera prowess in this one makes use of a quad rear camera setup. The setup is the same as the Galaxy S20 but with an extra depth sensor that uses ToF (Time of Flight) tech to better recognize the subject and the background.

At the front, you get the same 10-megapixel autofocus sensor with f/2.2 aperture and 1.22um pixel size.

There is a 4500mAh battery backing the device with wireless charging and PowerShare support.

Samsung Galaxy S20 Ultra is the most powerful smartphone in the series. It has a 6.9-inch QHD+ Dynamic AMOLED screen (Infinity-O display) that is HDR10+ certified and has 511ppi pixel density.

Like the other two, you get Exynos 990 or Snapdragon 865 processor under the hood along with 12GB RAM and 16GB RAM, which is also the first-ever for a Samsung phone. This also comes in two storage variants – 128GB and 512GB with an ability to expand up to 1TB.

There’s also a 10x Hybrid Optic Zoom like others and a 100x Super Resolution Zoom, which is again for the first time ever in any smartphone. At the front, there is a 40-megapixel sensor – again a first in any smartphone – with f/2.2 aperture.

Backing the handset is a 5000mAh battery that supports wireless charging and PowerShare feature.