Samsung Galaxy Chromebook Sale Starts on April 6 in the US

Samsung premium Galaxy Chromebook is priced at $999 and comes with a 2-in-1 form factor with a 360-degree hinge. 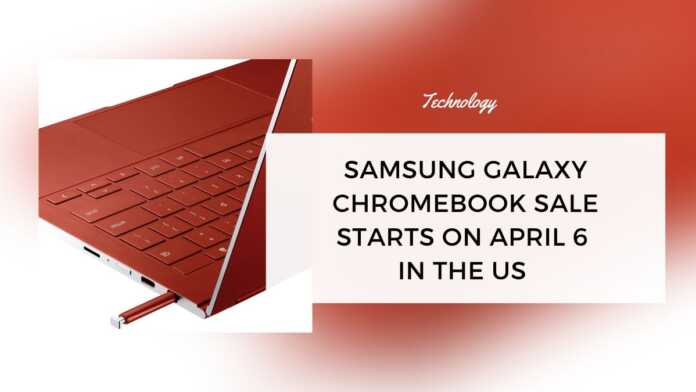 Samsung will start selling its Galaxy Chromebook in the US from April 6. The laptop is priced at $999.

Samsung Galaxy Chromebook comes with a 2-in-1 form factor with a 360-degree hinge. Featuring the aluminum body, it is 9.9mm slim.

Samsung had also introduced a 16GB model of the Chromebook. The Verge reports the company has killed those models.

Samsung’s premium Chromebook has an Ambient EQ to help correct white balance and color temperature. You can also use Samsung’s stylus S Pen on the touchscreen.

The S Pen is housed on the chassis of the PC. The laptop also has a fingerprint sensor.

Samsung Galaxy Chromebook comes with one microSD card slot, 3.5mm headphone jack, and two USB Type-C ports. The laptop is powered by a 47.9Wh battery which is said to deliver over 8 hours of back up.

The laptop also has an 8-megapixel front-facing camera and a 1-megapixel web camera. Samsung’s premium Chromebook supports the latest Wi-Fi 6 and Bluetooth 5.0. The device also has two speakers.