The company already supplies chips to manufacturers like Motorola, so the likelihood of ARM-based chips in computers (like the Apple M1 processor) isn’t such a far fetched idea. 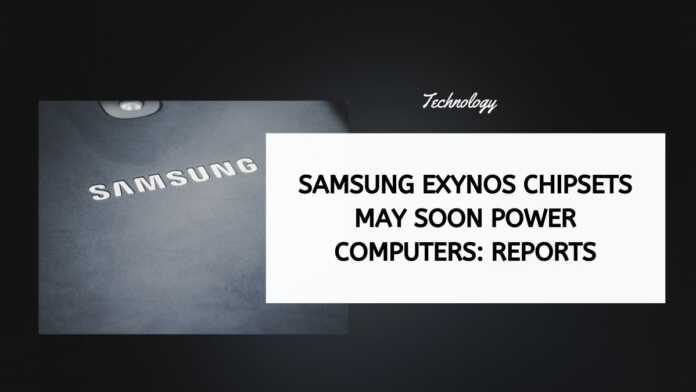 Samsung recently launched its flagship Galaxy S21 series featuring a powerful new chipset, the Exynos 2100. Reports are now saying that the company’s processors could also be headed to personal computers in the future.

According to a report from Wccftech, the phone manufacturer, which switched to the 5nm fabrication process with the Exynos 2100, may soon bring the processor to other devices like desktop computers.

The company already supplies chips to manufacturers like Motorola, so the likelihood of ARM-based chips in computers (like the Apple M1 processor) isn’t such a far-fetched idea.

Samsung might release the next generation of its Exynos processors without the Mali GPUs and instead adopt an AMD manufactured GPU instead. The move could really give Qualcomm a run for their money, because the Mali chip is currently the only component in the Exynos 2100 holding it back, behind the Snapdragon 888’s Adreno 660 GPU.

Having more ARM-based processors on the market is definitely a good thing for consumers, as it will likely drive down the costs and keep manufacturers innovating for better performance and features.

Apple’s M1 chips already offer between 15 and 18 hours of battery life, excellent processing power, and other security enhancements. Samsung’s Knox features could also prove to be a solid advantage for the company if the Exynos 2100 makes it to devices being used for work.