Google will charge a 15% service fee for the first $1 million of the total revenue earned by a company each year from the Play Store developers “regardless of size.” 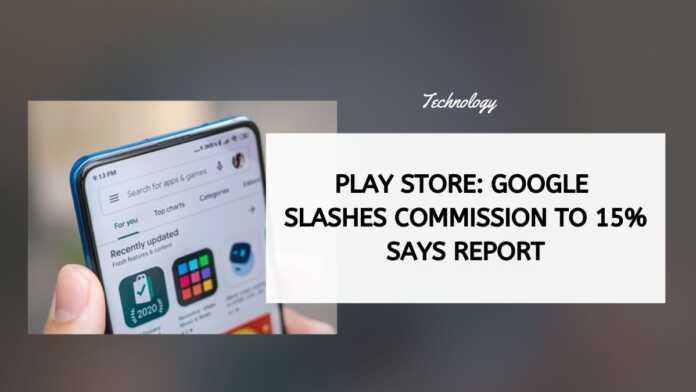 Google, back in March this year, had announced that it was reducing the Google Play Store developer fee by as much as half for most developers. While making the announcement, Google had said that starting July 1, it would reduce the service fee that Google Play receives from developers.

“Starting on July 1, 2021, we are reducing the service fee Google Play receives when a developer sells digital goods or services to 15% for the first $1M (USD) of revenue every developer earns each year. With this change, 99% of developers globally that sell digital goods and services with Play will see a 50% reduction in fees,” Google had written in a blog post at the time.

Now, XDA Developers reports that the company has started informing developers across the globe about the change. In an email shared with developers, the company is saying that developers can now sign up for a reduced service fee, which will come into effect next month.

As a part of the change, Google will charge a 15% service fee for the first $1 million of the total revenue earned by a company each year from the Play Store developers “regardless of size.”

To enroll to get the subsidized fee, Google Play developers need to log into the Google Play console and create an account group to let the company know if they have any associated developer accounts. Next, developers will have to accept the company’s updated terms and conditions.

Google, in the email sent to the developers, said that if developers’ enrollment is completed after July 1, when its new policy comes into action, the company’s earnings will be counted from the day of enrollment.

It is worth noting that Google isn’t the first company to cut its service fee to 15%. Apple last year announced that it would lower its in-app subscriptions fee from 30% to 15%.