Pixel 4a: Google may launch three mid-range Pixels this year 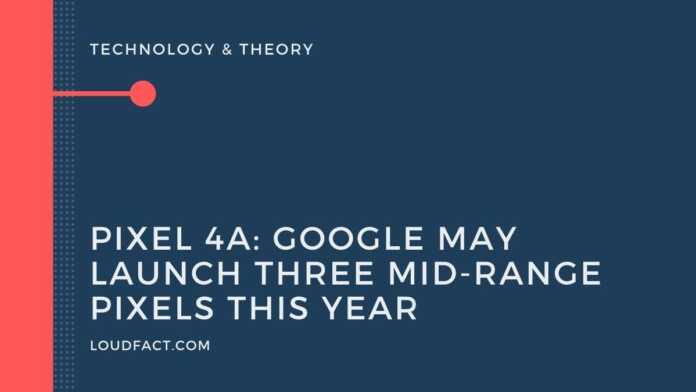 Google announced the official dates for its developer conference I/O 2020. The company is expected to launch its mid-range Pixel 4a at I/O 2020.

Google is probably working on three mid-range Pixels code-named sunfish, redfin and bramble. This was first spotted inside the open-source code for Android. The same has been discovered again by xdadevelopers and this time in the Google Camera 7.3 app teardown. The latest discovery also confirms it’s the mid-range Pixels as the code names were with a string titled “pixel_20_range”.

Among the three, sunfish Pixel is expected to be the base model in the Pixel 4a series. The smartphone could come with Qualcomm Snapdragon 730 processor.

As for redfin and bramble, these two Pixels are expected to run on Qualcomm Snapdragon 765 processor which has a 5G modem built-in. The latest discovery also suggests sunfish and bramble could be Pixel 4a and Pixel 4a XL as the code names were spotted twice, while redfin is expected to be a development board.

This discovery is quite interesting as it was earlier reported that Google might not launch the Pixel 4a XL as expected. It also adds another phone in Google’s lineup for Pixel 4a.

There have been recent leaks and rumors revealing details on the Pixel 4a phones. In terms of design, Pixel 4a could look more premium than even the Pixel 4a with a punch-hole camera display. The Pixel 4a is expected to launch with a 5.81-inch OLED display, 4GB RAM and 64GB built-in storage.