Pinterest Inc. surged as much as 37% after it said revenue in July jumped from a year earlier. 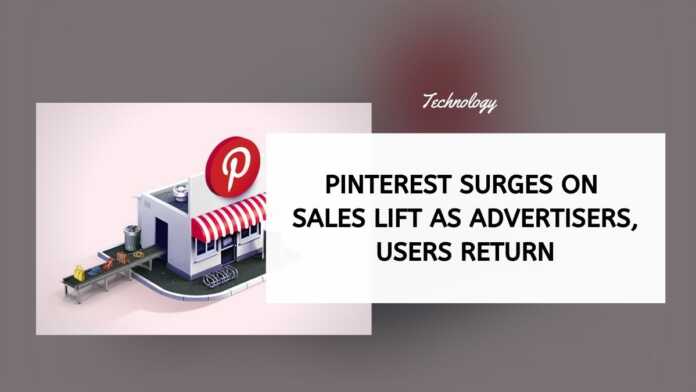 Pinterest Inc surged as much as 37% after it said revenue in July jumped from a year earlier as advertisers and users returned to the social-sharing service.

The company estimated year-over-year sales growth of about 50% for this month, through July 29. “We are encouraged by the performance of our business,” it said in a statement on Friday. “But a tremendous amount of uncertainty remains given the ongoing COVID-19 pandemic and other factors.”

The shares rose as high as $34.50 in New York Friday, the biggest intraday gain since the company went public last year.

Pinterest lets users “pin” photos, weblinks and other content to digital boards with different themes. The app is popular among fans of fashion, home decorating, cooking and other hobbies.

During the Covid-19 pandemic, Pinterest has attracted more users, but it has suffered financially as some advertisers cut spending.

On Friday, the company had better news, saying second-quarter advertiser growth accelerated year over year. Spending by small and medium-sized marketers comprised almost half of revenue, thanks to better-automated buying tools and momentum overseas.

Revenue came in at about $272 million in the second quarter, up 4% from a year earlier and ahead of Wall Street estimates, according to data compiled by Bloomberg.

“I’m pleased with the way we responded and remained engaged with our advertising partners,” said Chief Financial Officer Todd Morgenfeld. “It has been encouraging to see the recovery in our business over the past few months.”