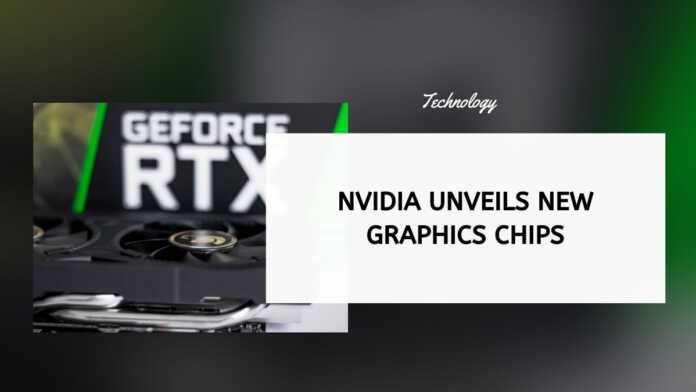 Nvidia Corp said its new graphics chips will double the performance of their predecessors, offering gamers more realistic images at the speed they demand.

The new Ampere range is the second by Nvidia that uses ray-tracing technology to simulate how light interacts with virtual objects in video games and other computer graphics.

The new top-of-the-line GeForce RTX 3090 will go on sale for $1,499 and head a list of graphics cards that start at $499, Chief Executive Officer Jensen Huang said in a video briefing from his kitchen at home in Silicon Valley.

Ray tracing has taken a while to catch on in the video game industry, but Nvidia said more than 100 games that use the approach or will take advantage of it soon. While the technology makes images more lifelike, it requires a lot more computing power, Huang said.

That has slowed the frame rate, or how fast images are updated in video games. The new Ampere design will address this, the CEO added.

Nvidia is trying to stay ahead of renewed challenges from Advanced Micro Devices Inc and Intel Corp while keeping PC-gaming competitive with new consoles from Microsoft Corp and Sony Corp later this year. In its most recent quarter, Nvidia had games-related sales of $1.65 billion, up 26% from a year earlier.

It’s predicting a similar expansion this quarter. PC gaming has become a widespread pastime and billion-dollar sport, creating a market with millions of consumers who will pay more for one Nvidia component than most people will spend for a whole computer.

As the largest maker of graphics chips, Nvidia has ridden this wave of growth, while expanding into other markets such as data center processors. That’s fueled a surge in its stock. Nvidia shares ended 2010 at just over $15 and closed at $534.98 in New York.

The top-end Ampere product will have 28 billion transistors and the chips will be manufactured by Samsung Electronics Co. using its 8-nanometer process. Nvidia remains a Taiwan Semiconductor Manufacturing Co. customer for its outsourced production as well, executives said.