Apple’s official TikTok account can be accessed at @Apple in the video-sharing app or on the website. 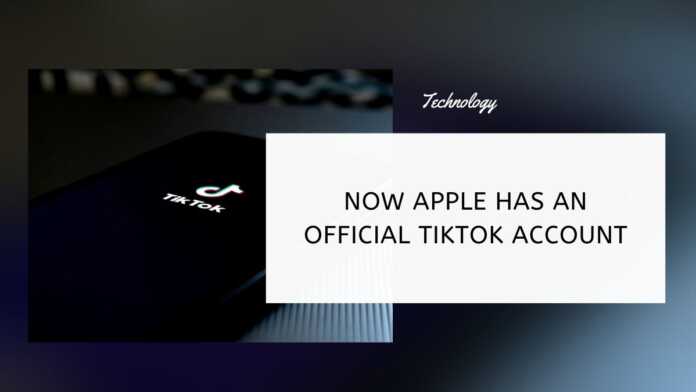 Apple has made its official debut on TikTok. The iPhone maker’s official TikTok account can be accessed at @Apple in the video-sharing app or on the website. And the page had just 7400 followers at the time of writing this article.

The page, as can be determined from the app, is new and the company hasn’t shared its bio on the platform yet.

The company hasn’t shared a video or an image on its TikTok page either, which leaves plenty of scopes for us to guess what the company would share on its video-sharing platform.

One possibility is that Apple uses its TikTok page for promoting its Shot on iPhone campaign, as it does in the case of Instagram, which has 23.2 million followers and over 600 posts.

The publication also says that the iPhone maker is also running an ad campaign on TikTok and so it is possible that it’s newly drafted TikTok account is a part of that. In any case, there is no way of knowing for sure until Apple shares a post on the platform.

That said, Apple, as mentioned before, is not the only company that has made a debut on TikTok off lately. WHO joined TikTok late in February this year in a bid to tackle fake news on Coronavirus.