Google will no longer alert you when an app has been updated on the Play Store. 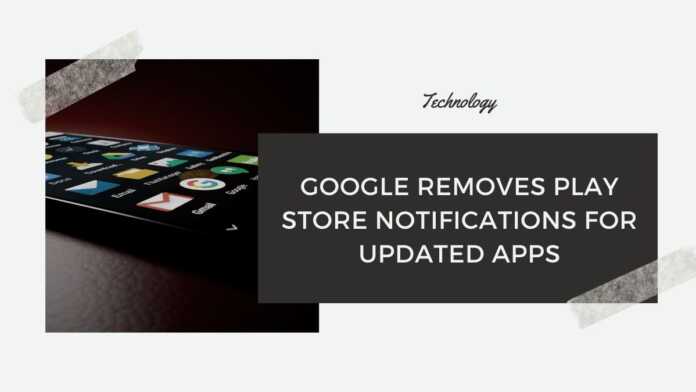 Google will no longer show you Play Store notifications once an app on your phone is updated. The change will apply to users who manually update the apps or have the automatic updates turned on.

According to Androidpolice, users had first spotted the absent notifications in November last year. Since then, many users reported the change. Google, however, appears to have briefly tested the feature before making it available to more number of users earlier this week.

“I’ve noticed recently that notifications that you have app updates available as well as the notifications saying that an app was auto-updated have gone missing. I haven’t changed any settings within the play store or for its notifications,” wrote a user on Reddit.

A Google spokesperson confirmed to Androidpolice that the recent change to Google Play Store notifications was a permanent one.

That said, Google removing Play Store notifications for the updated application isn’t likely to have a big impact on the user experience. It may make things a little more inconvenient for users to keep track of the progress of the app updates.

A counter-argument could be it will make things simpler for those who prefer to update multiple applications on their phones in one go.