The Nintendo Switch OLED is witnessing delayed deliveries and limited stocks in the US. 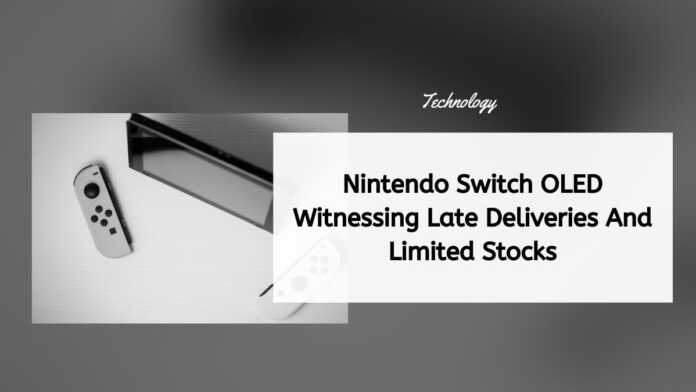 The recently announced Nintendo Switch OLED was supposed to be on sale now in the US but retailers across the country are reporting delays in delivery.

This is the same fate that PlayStation 5 and Xbox and Xbox Series X suffered. The Switch OLED is the company’s flagship handheld gaming console.

The Nintendo Switch OLED is currently out of stock with most US retailers, and those who had pre-ordered the console are reporting delayed deliveries.

The situation doesn’t improve in the European countries either. Amazon in France, UK, and Germany is hinting at delayed deliveries and shipping. Germany is in fact reporting a dispatch delay of 1-3 weeks.

Currently, Nintendo has not revealed anything regarding a delay from its manufacturing end. However, the regular Switch Lite, which costs Euro 220, is available across various retailers in Europe while the standard Switch is hard to find.

The Nintendo Switch OLED console is the most advanced handheld console Nintendo has ever made. The OLED model comes with a bigger 7-inch OLED display, as made evident by the name itself.

It uses the Tegra X1 chipset and is paired with 4GBof LPDDR4 RAM. There’s 64GB of eMMC storage on this device and players still get the split joypad layout.