Netflix will expand this feature to other devices including Netflix on TV, desktops, and iOS. 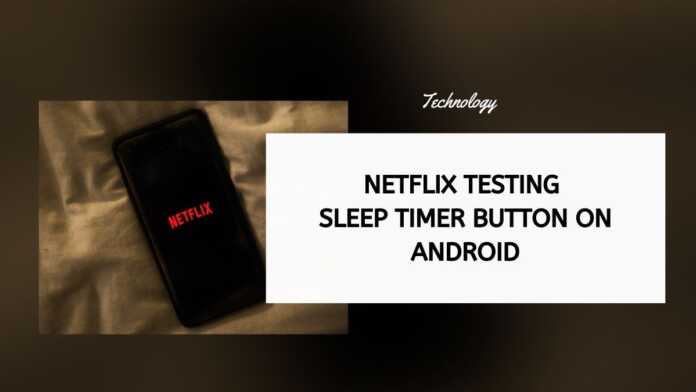 Netflix has started testing a new feature on Android devices. It’s adding a sleep timer button that users can set for TV shows and movies on Netflix.

The new Netflix feature is being tested globally for users on Android, The Verge reported. Based on user feedback, Netflix will expand this feature to other devices including Netflix on TV, desktops, and iOS. It’s currently restricted only to adult profiles and not to the kid’s profile.

There are four timer options to choose from – 15 minutes, 30 minutes, 45 minutes, or at the end of the TV show or movie. Netflix will turn off once it reaches the selected duration. The new Netflix timer button is located on the top right corner of the screen.

It will be turned off by default, and users can choose among the four options. Netflix also mentions the time when the TV show or movie will end for each option.

The timer tool can be very helpful for situations where we tend to fall asleep while watching TV shows or movies. There’s no word on when this feature might reach other users on Netflix.

The streaming service regularly tests features that sometimes see an official release or don’t. What’s confirmed though is ‘shuffle play’ coming to Netflix this year.

Announced at the company’s latest Q4 earnings conference, Netflix will broadly test Shuffle Play this year. As the name suggests, this feature will shuffle the entire Netflix feed for users based on their preferences.