Netflix lowered the streaming quality earlier to reduce the load on bandwidth. 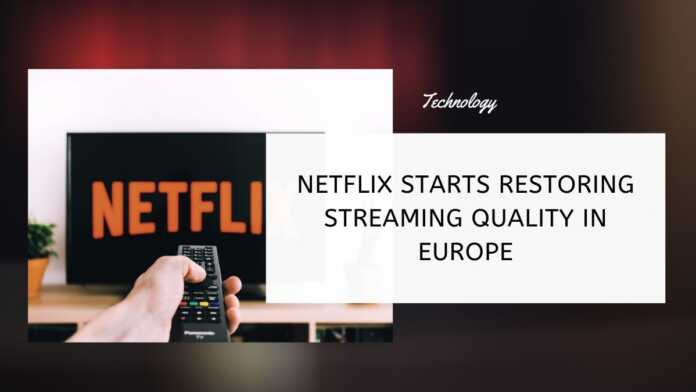 According to a report by Gizmodo UK, Netflix users in Denmark, Norway, and Germany have said the Netflix streaming quality is back to normal.

These users said Netflix is now available to stream on 4K HDR and up to 15 Mbps bitrate. This is, however, a gradual rollout and all users may not have received it yet.

“Please note, we are working with ISPs to help increase capacity. In the last month alone we have added four times the normal capacity. As conditions improve we will lift these limitations,” Gizmodo quoted Netflix as saying.

Lockdowns have been eased in different countries including those in Europe. Earlier in March, Netflix and other video platforms like YouTube and Disney+ decided to lower the streaming quality. With people having to stay at home, streaming content was on a rise.

Netflix has noted that it will be restoring the streaming quality everywhere soon unless something goes wrong in which case we will have more important things to worry about than streaming in 4K.