Netflix's Top 10 website has been launched to inform users about its most-watched titles. 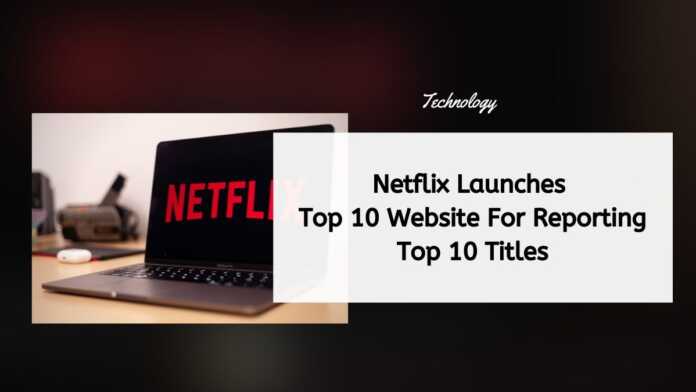 Netflix’s Top 10 website will release the weekly Top 10 chart of the most-watched TV (web series) and films. Earlier, Netflix has announced that it will shift away from its two-minute watching time metrics to rank top-rated titles, instead of using the total number of hours viewed. ‘Red Notice’, ‘Love Hard’ and ‘The Harder They Fall’ has made it into the top 10.

Announcing the launch, Netflix tweeted, “We’ve had a lot of feedback about our metrics over the years. So we went back to the drawing board and today we’re excited to launch a new website with weekly global and country lists of the most popular titles on Netflix as ranked by view hours (sic).”

The new website will publish the most viewed content globally in four categories: Film (English), TV (English), Film (Non-English), and TV (Non-English). Additionally, you will be able to see the Top 10 titles country-wise in the TV as well as films category.

The list will be updated every Tuesday, which will track the most-watched content on Netflix from prior Monday till Sunday before the published metrics. Users can also track the highest watched content of the previous weeks.

Netflix stated that it considers each season of a show and each film on its own, so you will find Stranger Things seasons 2 and 3 may be both in the Top 10 because titles move in and out of the Top 10. Netflix will also display the total number of weeks spent on the list by a season of a show or film.

The latest Top 10 chart from November 8 to November 14 is already live on the Netflix website – Netflix Top 10 website. ‘Red Notice’, ‘Love Hard’ and ‘The Harder They Fall’ are the top 3 winners in Films (English) category, while in Non-English films category, ‘Yara’, ‘7 Prisoners’ and ‘The Claus Family’ found the top 3 spots. Talking about the TV (English) category, Narcos: Mexico: Season 3 topped the list and in Non-English TV, Squid Game: Season 1 is at number one.