One can get 1,000 months of Netflix subscription for free by winning a video game. 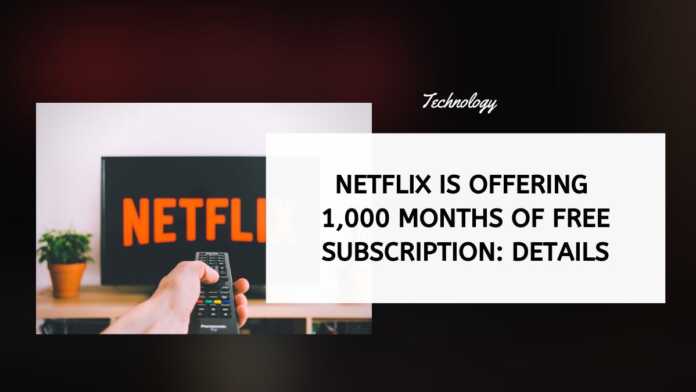 Netflix announced a new offer where you can get 1,000 months of subscription to its platform for free. All you have to do is get the highest score in “The Old Guard” videogame.

Netflix released The Old Guard movie starring Charlize Theron last week. Theron plates Andy, one of the oldest and most seasoned immortals who has to save her crew.

To celebrate the new Netflix Original, the streaming service is offering the “Immortal” Netflix account. It isn’t literally an immortal account but users get Netflix subscription for 1,000 months and that’s probably the best offer ever. In the Old Guard Game, you play as “a Labrys-wielding immortal and defeat hordes of enemies”.

The Old Guard Game is browser-based and you can access it through this link. It mirrors the events of the film where you have to play as the lead character.

It’s pretty straightforward where the goal is to kill as many enemies as possible using the one-handed Labrys which is a giant, double-bladed axe.

Further, in The Old Guard if you get killed you don’t. It only slows you down. So you have to try to avoid getting hit and kill enemies quickly.

The Netflix immortal account game is now active and it will continue till July 19. During this time, the highest scorer of the game will be awarded 83 years of free Netflix subscription. This competition is only for Netflix users in the US.