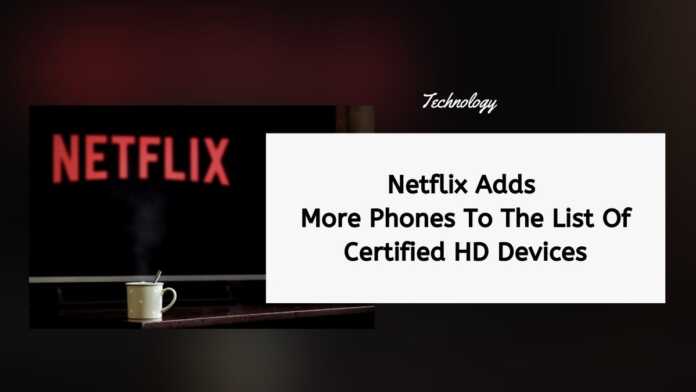 To be able to watch HD content from streaming apps like Netflix, Disney+ Hotstar etc, your smartphone needs to have a Widevine L1 certification.

However, that’s not the only requirement to watch HD content as far as Netflix is concerned. Over and above the Widevine L1 certification, Netflix also has to manually whitelist your smartphone to enable HD playback support.

Netflix whitelists smartphones in batches and over the last few months it has approved several Samsung Galaxy devices for HD and HDR10 support. Netflix also added the Oppo Reno 3, the Xiaomi Mi Note 10 Lite and some Sony Xperia phones to the list.

According to reports, Netflix has not added the Asus ZenFone 6, the Asus ROG Phone II and a few TCL 10 devices to the list as well.

The new devices on the list for HD-compatibility are –

Asus ROG Phone II had been listed for HD and HDR10 support earlier, but was removed along with the “premature listing for the Google Pixel 4”.