Tesla chief Elon Musk donating masks and ventilators to hospitals in the US. 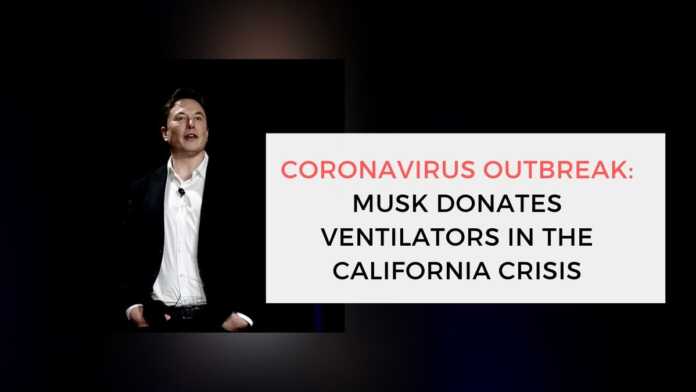 Elon Musk, the chief executive officer of Tesla Inc. and an outspoken skeptic of the severity of the coronavirus outbreak, donated more than 1,000 ventilators to officials in Los Angeles to meet demand as the pandemic becomes more severe.

He said in a tweet that he helped acquire 1,255 of the machines from China last week and arranged them to be air-shipped to Los Angeles. He thanked Tesla staff and customs officials in China and Los Angeles for assistance.

“Elon Musk: how about this? I told you a few days ago he was likely to have 1,000 ventilators this week,” California Governor Gavin Newsom told reporters in a briefing Monday. “They arrived in Los Angeles and Elon Musk is already working with the hospital association and others to get those ventilators out in real-time. It’s a heroic effort.”

Musk’s move comes after he tweeted dismissively about whether there will even be a ventilator shortage. The entrepreneur had also called the panic surrounding the outbreak “dumb” and said that kids are “essentially immune” despite evidence that it can be serious for some children.

Tesla now joins General Motors Co. in providing ventilators after one Tesla customer urged him to re-purpose Tesla’s factory to produce the machines.

Newsom said six California companies have offered their facilities to manufacture gowns and he’s in conversation with another 25 providers that want to start 3D printing masks for health-care workers.

Updated models predict the state is 50,000 hospital beds short to meet needs as the pandemic spreads, the governor said. For the health-care workers who will staff those additional beds, Newsom said the state is looking to procure 1 billion gloves and more than 500 million masks. “That’s not a typo,” Newsom said.