Xbox head Phil Spencer adds that more information will be shared during the E3 (Electronic Entertainment Expo), which will happen from June 9 to 11th at Los Angeles Convention Centre, California, US. 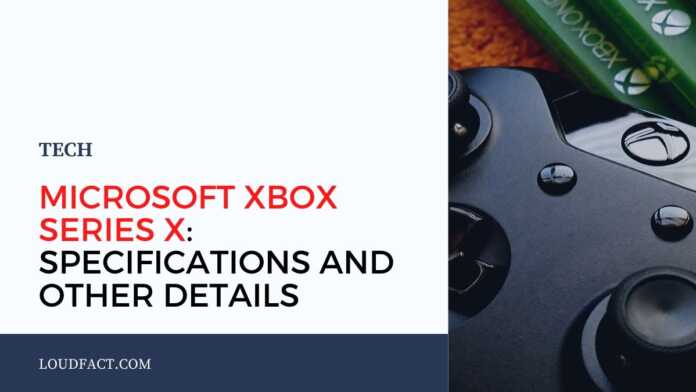 Microsoft has thrown out some more details on its upcoming Xbox Series X. The company’s head of Xbox division, Phil Spencer has this time revealed the list of specifications that the gaming console will come with.

He adds that more information will be shared during the E3 (Electronic Entertainment Expo), which will happen from June 9 to 11th at Los Angeles Convention Centre, California, US.

To start with, the Xbox Series X will make use of a custom-designed processor that is based on AMD Zen 2 and RDNA 2 architectures. This is said to deliver up to four times the processing power as compared to Xbox One.

This comes in addition to more dynamic and realistic environments based on hardware-accelerated DirectX Raytracing, which as Spencer says, is a first-ever in a console. What this means for gamers are real-life lighting situations, improved reflections (for instance in windows, water, etc.) and realistic acoustics.

The ‘next-generation’ SSDs are supposed to load larger and more dynamic, complex gaming worlds in lesser time. This also means fast traveling to a specific location inside a game will be, well, faster.

Spencer adds that Xbox Series X will have something called as ‘Quick Resume’ that will let gamers continue multiple games instantly “from a suspended state” without showing long, time-taking loading screens.

Xbox Controllers are also getting an upgrade under-the-hood in terms of latency. Series X now includes Dynamic Latency Input (DLI) that is supposed to reduce the latency between the Xbox Wireless controller and the console for more precise and responsive gameplay. The console also supports 120fps gameplay.

As for backward compatibility, Xbox Series X is confirmed to be compatible with Xbox One games, Xbox 360 and even the original Xbox games. “Your favorite games, including titles in Xbox Game Pass, benefit from steadier framerates, faster load times and improved resolution and visual fidelity – all with no developer work required,” says Spencer.

Adding to gaming compatibility is the Smart Delivery feature that lets gamers buy a title once and let the tech decide if they are playing the correct version of the game based on the console version they are using. This tech is available for all the developers and CyberPunk 2077 is one of the titles that is confirmed to use this tech.