The feature is expected to roll out in the coming weeks. 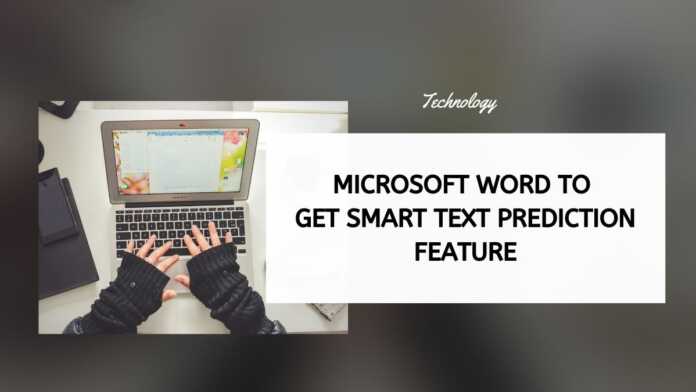 Microsoft Word is going to get a smart new feature that could allow you to type out that research paper or your next job application just a little faster, according to a new report.

The world’s most popular word processing software could gain automatic text prediction, based on what you’re typing, according to TechRadar, which spotted an entry in the Redmond company’s product roadmap.

This should come as good news for the service’s loyal customers, who have stuck around even though Googe Docs and other services gained support for the feature a long while ago.

The company’s product roadmap shows the feature is not yet ready and is likely to be ready in the coming months. There is also no indication whether the feature will land as a web client/Office365 feature, or whether it will make it to all of Microsoft’s editions.

If the latter is true, it might also be possible that Microsoft will allow the feature to work in a partially offline manner, so that users who own the standalone apps can use it without an internet connection.

The feature, made popular by Google Docs, was actually first introduced on Gmail in 2018 as part of the email composer. This Smart Compose feature first rolled out to GSuite users and then to consumers.

It allows users to turn on predictive text, similar to a smartphone keyboard – to help predict the next couple of words a user might want to type.