Windows 11 checker tool is back and here is how to check if your PC can run it or not. 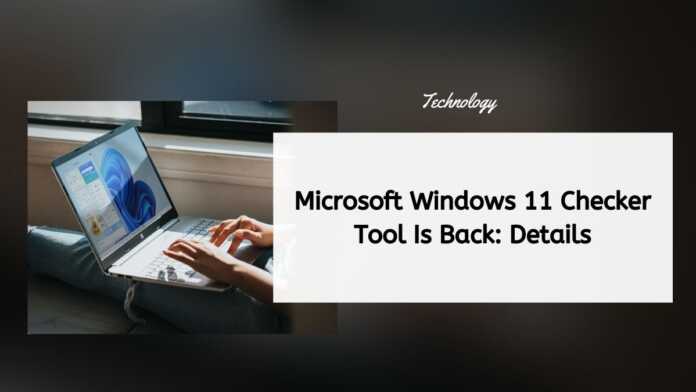 Microsoft Windows 11 checker tool is back. For some it is, but for most others, probably not. Microsoft, at the time of the launch of the new OS, back in June this year had listed a long list of requirements for PCs to be eligible to get the Windows 11 update.

In addition to that, Microsoft had also released a special tool called the PC Health Check app to help Windows users quickly assess if their personal computers were eligible to get Windows 11 updates or not.

The announcement was made by Microsoft via its official blog post. Microsoft in its blog post said that the updated PC Health Check app was now available to all Windows Insider users.

“We will be updating the PC Health Check app to identify the correct systems with the newly added Intel CPUs in the coming weeks before the tool is released for general availability,” Microsoft wrote in its blog post.

This means that while Microsoft has updated its Windows 11 checker tool it is still available to a limited subset of users who have subscribed to its Windows Insider Program.

All other users will have to wait until October 5 – the date when Microsoft officially starts rolling out its Windows 10 successor OS, that is, Windows 11 to its users across the globe – to get access to the updated PC Health Check app on their Windows personal computers.