The News and Interests feature is rolling out to Windows Insider users. 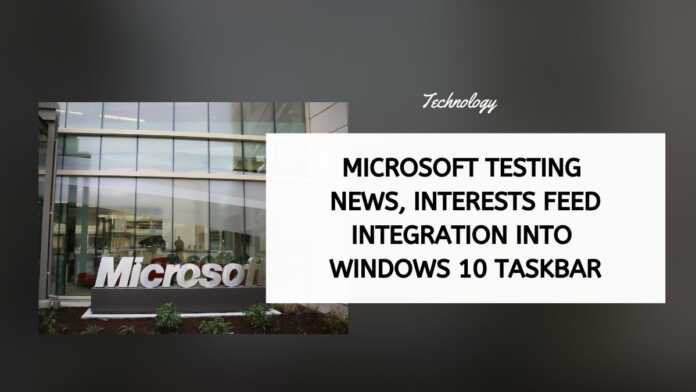 Microsoft’s Windows 10 is the company’s most polished and feature-packed desktop operating release so far, and it is constantly receiving a new update to improve the user experience.

The latest feature that could soon hit user’s computers is an update to the Windows 10 taskbar, which adds a customizable News and Interests feed-like feature.

The feature will remind Android users of the news feed available on the Google Assistant and features dynamic content including news and weather that is updated throughout the day.

The biggest advantage, according to Microsoft, is the ability to ‘peek’ into your feed from the taskbar and not having to switch between apps to stay up-to-date with your interests.

Microsoft says that the feature requires the new Chromium-based Microsoft Edge browser to be installed on your devices, which should already be present if you have updated your Windows installation to the latest 20H2 version. You will still need to be part of the Windows Insider Program, of course as the feature is still being tested.

The company states on its Windows Inside blog that the newsfeed will have access to over 4,500 news brands around the world including The New York Times and the BBC and feature a reader view for ‘streamlined’ article layouts.

Microsoft will also include a link to the Microsoft Privacy Dashboard and users can turn off the feature by right-clicking the taskbar – just like you can with Cortana.

News and Interests have begun rolling out to Windows Insiders users beginning with Build 21826 in the Dev Channel and Insiders users who install the update will need to reboot after updating.

Microsoft also notes that the feature is currently only available to Windows Insiders in the United States, Canada, Great Britain, Australia, and India.